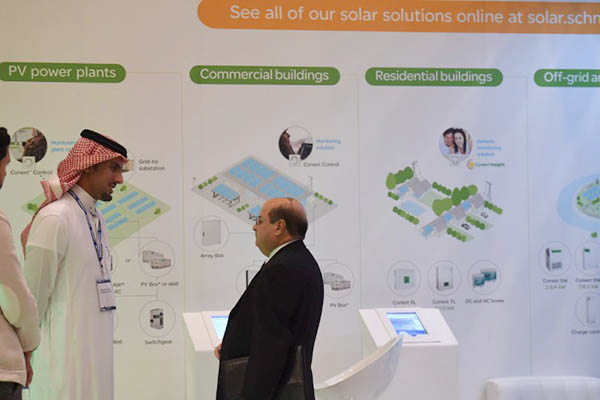 Minister says the initiative, worth up to $50 billion, aims to reach capacity of 10GW by 2023.

Saudi Arabia is set to launch a renewable energy program worth up to $50 billion, as the world’s largest oil exporter vies to diversify its economy, its energy minister said on Monday.

“This is the first time we talk about the specific program,” minister Khaled al-Falih told the World Future Energy Summit in Abu Dhabi. “I am pleased to announce that we will be launching in the next few weeks in Saudi Arabia the first bid round of our massive program to introduce renewables,” he said.

Falih said the projects are aimed to reach a capacity of 10 gigawatts by 2023 and will cost between $30 billion and $50 billion, adding that they will include solar and wind power projects. “Ten gigawatts is only the beginning,” he said.

Falih had said when the kingdom’s National Transformation Plan was announced in June that the oil-rich kingdom plans to be a “very strong competitor” in renewable energy.

Saudi Arabia and other Gulf monarchies have been looking into ways to cut their energy bills and diversify their power sources away from oil, their main export commodity. Falih said on Monday that 70 percent of the kingdom’s utilities, which he said would reach a total of 100 gigawatt capacity “rather soon,” will be fueled by gas. “Saudi Arabia will become one of the leaders of the sustainable economy,” he added.