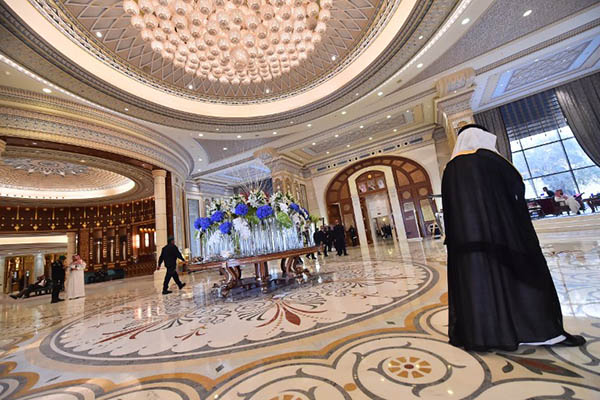 Electronic visas will be launched for all nationals whose countries allow them to visit, says head of tourism

Saudi Arabia will begin issuing tourist visas in the first quarter of 2018, its top tourism official said, a first for the kingdom as it undergoes major economic and social reforms.

Prince Sultan bin Salman bin Abdulaziz told AFP that “all government approvals” are in place for the launch of electronic visas next year to “all nationals whose countries allow their citizens to visit” Saudi Arabia. “We are now just preparing the regulations—who is eligible for the visas and how to obtain them,” added the head of the Saudi Commission for Tourism and National Heritage, who is a son of King Salman.

The move to open up its tourism sector is a major shift for Saudi Arabia as powerful Crown Prince Mohammed Bin Salman seeks to radically overhaul the kingdom’s oil-dependent economy and shed its ultra-conservative image. Apart from the millions of Muslims who travel to Saudi Arabia annually for the Hajj pilgrimage, most visitors face an arduous process and steep fees to enter the kingdom.

Saudi Arabia currently grants tourist visas for a limited number of countries, but even those applications involve a range of restrictions, including requirements to travel through an accredited company and stay at designated hotels.

Prince Sultan said the cost of the new tourist visa had not yet been settled, but stressed that it would be “as low as possible, because we believe the cumulative economic impact is greater than the cash from the visa.”

Saudi Arabia, though richly endowed with natural beauty, is notorious worldwide for its longstanding bans on the mixing of the sexes, alcohol consumption and women driving—making it an undesirable destination for many.

In recent months, the kingdom has broken with some of its most rigid rules—lifting a cinema ban, allowing genders to mix at a national celebration and announcing that women will be allowed to drive next June. Prince Mohammed in August announced a massive tourism project to turn 50 islands and a string of sites on the Red Sea into luxury resorts.