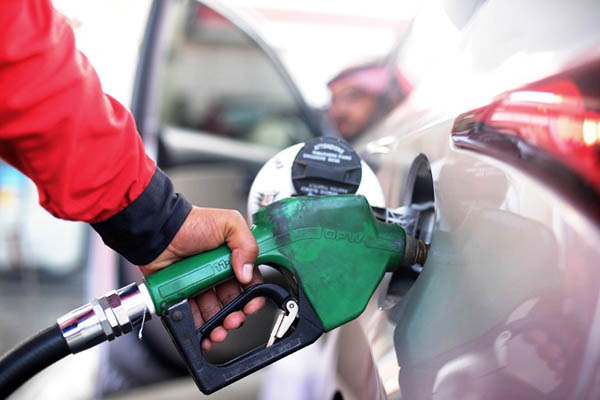 Saudi Arabia announced a record budget deficit and cuts to fuel and utility subsidies on Monday as the oil powerhouse suffers from a drastic fall in global crude prices.

Petrol prices in the kingdom were to rise by more than 50 percent on some products from Tuesday, authorities said, after the world’s largest crude exporter said it had posted a deficit of $98 billion in 2015. Riyadh also projected a shortfall of $87 billion in next year’s budget, the first since King Salman took over the country in January.

The finance ministry said in a statement that revenues in 2015 were estimated at $162 billion, the lowest since 2009 when oil prices dived as a result of the global financial crisis. The budget “comes amid challenging international and regional economic and financial conditions” including “very low oil prices,” the statement said.

The 2015 deficit is the highest in the history of Saudi Arabia, which relies on oil for 90 percent of public revenues, but was not as big as some expected. Income for 2015 was 15 percent lower than projections and 42 percent less than in 2014, after oil prices fell by almost two thirds since mid-2014 to below $40 a barrel. The dive is largely due to Saudi Arabia’s own policies and those of other OPEC nations, who are refusing to cut oil production as they seek to drive less-competitive players, including U.S. shale producers, out of the market.

Oil prices slid in response to Monday’s statement, with the U.S. benchmark West Texas Intermediate losing $1.29 to $36.81 a barrel, while Brent crude shed $1.27 to $36.62 a barrel in London. The International Monetary Fund had projected the 2015 deficit to be around $130 billion and other reports also put it above $100 billion.

The ministry said oil income made up just 73 percent of total revenues in 2015, way below its contribution in previous years. Meanwhile, non-oil revenues rose 29 percent to $43.6 billion. The 2016 budget projects revenues at $137 billion, the lowest in six years, and spending at $224 billion, slightly below 2015 projections of $229 billion.

Spending this year came in at $260 billion, the ministry said, almost equal to 2013 expenditures and down 6.6 percent from 2014. Saudi Arabia normally overspends its budget projections by around 20 percent.

Riyadh maintained high spending this year, and launched a military intervention against Iran-backed rebels in Yemen, by tapping into the huge fiscal reserves it accumulated when oil prices were high. The finance ministry said it was planning a series of measures to contain spending, including a five-year program to cut subsidies on electricity and fuel.

Authorities moved quickly after the budget figures were released, with the official SPA news agency reporting the increase of petrol prices and saying the government would also cut subsidies for electricity, water, diesel and kerosene. Such subsidies are a highly sensitive issue in Saudi Arabia, where residents have grown accustomed to low utility and fuel costs.

National oil conglomerate Aramco said on Twitter it was immediately closing petrol stations until midnight on Monday, when it will resume sales at new prices.

The finance ministry said it is also considering plans to raise charges on public services and to apply value-added tax in cooperation with other Gulf Arab nations, which are facing similar pressure from the oil price drop. It unveiled economic and fiscal reforms to make the budget more sustainable, including a program to contain spending growth, especially for wages and benefits that accounted for half of the 2015 budget.

A quarter of next year’s spending, or $57 billion, has been allocated for defense and security expenditures, the ministry said. It was unclear how much the intervention in Yemen was costing as Saudi Arabia has not previously released figures on defense spending.

The IMF has warned Riyadh that failure to cut spending and implement reforms will eat up the country’s fiscal reserves in just five years. The kingdom withdrew more than $80 billion this year from the reserves, which stood at $732 billion at the end of 2014, and issued bonds worth around $20 billion.

The ministry also said nominal gross domestic product for 2015 is estimated to drop 13.35 percent to $653 billion. The economy was forecast to grow by 3.35 percent this year.

Talks between IMF, Pakistan to Commence in Doha...

We need an economist to decipher these facts and forecast the impact on the Kingdoms fortunes.