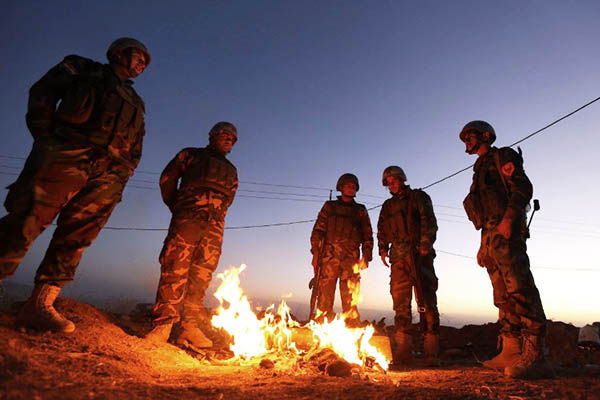 As Iraqi forces launched an offensive aimed at retaking the country’s second city from the Islamic State jihadist group, Jubeir warned against a repeat of the events in Fallujah, which I.S. was chased out of in June. “We oppose any kind of involvement by the Shia militias,” The Guardian newspaper reported Jubeir as saying at a press conference in London. “When they went into Fallujah they committed mass atrocities, including a mass grave of 400 people.”

He said extremist recruitment and website traffic surged by 150 percent following the Fallujah offensive. “If they go into Mosul, which is many times larger than Fallujah, I would expect the negative reaction will be tremendous and if there are mass killings, it could end up being a bonanza for violent extremists, and recruitment. It could add fuel to the sectarian fires raging in the region and so we have urged the Iraqi government not to use the Shia militias. That is the greatest danger that we see. We actually told them to disband them, and yet they have not. They are being managed by the Iranian Revolutionary Guards. They are brutal.”

Iraqi forces advanced toward Mosul on Monday in an assault targeted at retaking the city and dealing a death blow to I.S.’s “caliphate”, which was declared there two years ago.

Some 30,000 federal forces are leading the offensive, backed by air and ground support from a 60-nation U.S.-led coalition, in what is expected to be a long and difficult assault on I.S.’s last major Iraqi stronghold.

Jubeir backed the assault on Mosul, saying the Saudis supported “any objective which is to destroy Al Qaeda absolutely.” However, he did not suggest Riyadh should play any part in the reconstruction of the city.

If I.S. was beaten back from Mosul, its fighters would likely flee to territory it holds in Syria. The start of the long-awaited assault raised deep concerns for hundreds of thousands of civilians trapped in Iraq’s second-largest city, with aid groups warning of a massive humanitarian crisis.