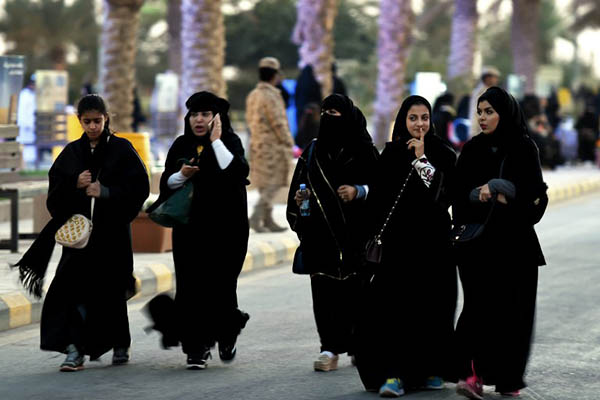 A Saudi cleric who said women should not be allowed to drive because they have a “quarter” of the brainpower of men has been banned from preaching, the government said on Friday.

Saad al-Hijri was suspended from leading prayers and all other religious activity in the southern province of Asir after he was widely pilloried on social media for his comment. Hijri said women—who he claimed normally are “half-brained” compared to men—“end up with only a quarter” when they go shopping and therefore must be denied driving licenses, according to an online video identifying him as a senior religious figure.

Ultra-conservative Saudi Arabia has some of the world’s tightest restrictions on women and is the only country where they are not allowed to drive, despite ambitious government reforms aimed at boosting female employment.

Under the country’s guardianship system, a male family member—normally the father, husband or brother—must grant permission for a woman’s study, travel and other activities.

Hijri’s comment sparked a storm on social media, with women’s rights activists calling for his suspension, but he also had pockets of support from conservative followers. “The ban sends a message that preaching platforms will not be used to undercut the values of equality, justice and respect for women that are inherent in Islam,” an official statement said, citing a spokesman for Asir’s governor. “Anyone using preaching platforms to undermine those values will be banned in future.”

Following his suspension, Hijri said that his comment was a “slip of the tongue,” according to Sabq online newspaper.