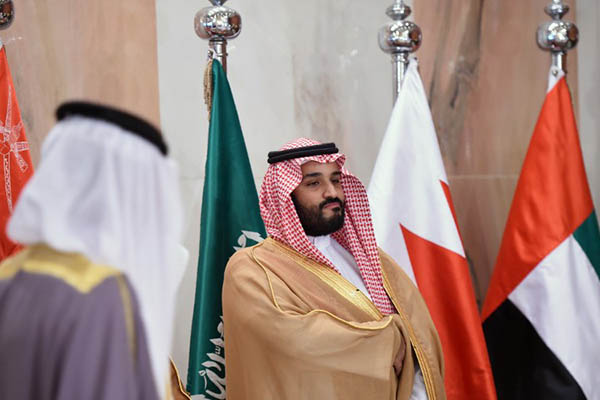 Thirty-six nations condemned Saudi Arabia on Thursday over the murder of journalist Jamal Khashoggi in a rare censure of the oil-rich kingdom at the U.N. Human Rights Council.

A statement read by Iceland on behalf of a group of states expressed “significant concerns” about reported abuses in Saudi Arabia and demanded justice following Khashoggi’s killing. “Investigations into the killing must be prompt, effective and thorough, independent and impartial, and transparent. Those responsible must be held to account,” added the statement read by Iceland’s U.N. ambassador Harald Aspelund. It called on Saudi authorities “to disclose all information available” about its own investigation while cooperating with separate U.N. inquiries into Khashoggi’s death.

The statement was backed by E.U. states along with Australia, Canada and New Zealand.

Human Rights Watch said the statement was “the first-ever collective action” at the council on rights in Saudi Arabia, which had successfully evaded criticism at the U.N. body.

HRW’s Geneva director John Fisher called it “a landmark step toward justice” and urged “more scrutiny” of the country. Responding to the statement, Saudi Arabia’s ambassador to the U.N. in Geneva condemned the use of “joint statements for political causes.”

“Interference in domestic affairs under the guise of defending human rights is in fact an attack on our sovereignty,” ambassador Abdulaziz Alwasil said.

Khashoggi, a Washington Post contributor and critic of Crown Prince Mohammed bin Salman, was murdered at the Saudi consulate in Istanbul on Oct. 2. Saudi Arabia initially said it had no knowledge of his fate.

It has since blamed rogue agents for Khashoggi’s death and the kingdom’s public prosecutor has charged 11 people over his murder.

The U.N. special rapporteur on extrajudicial, summary or arbitrary executions, Agnes Callamard, is conducting an inquiry into the killing. But Callamard is an independent human rights expert who does not speak for the U.N. and calls have mounted for Secretary-General Antonio Guterres to push for a full U.N.-backed probe.