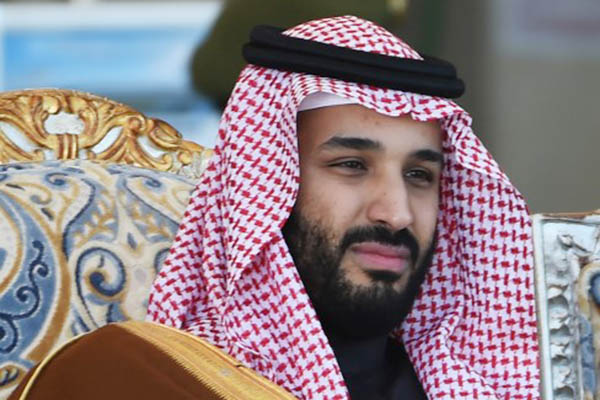 Saudi King Salman ousted his nephew as crown prince on Wednesday and installed his son Mohammed bin Salman—the first of a new generation set for power in a conservative kingdom used to ageing leaders.

His appointment completes a gradual removal of powers from Mohammed bin Nayef, 57, who has been fired, with his rise symbolizing the hopes of Saudi’s youthful population, more than half of which is under 25.

According to a royal decree issued by the official Saudi Press Agency, Mohammed bin Salman, 31, was also named deputy prime minister, and maintains his post as minister of defense. His appointment caps a tumultuous two years since Salman, 81, ascended the throne and named the thick-bearded Mohammed bin Salman deputy crown prince, or second in line to the throne.

Mohammed bin Nayef, a veteran law enforcer well-regarded in the West for his efforts to combat Al Qaeda, was also fired from his post as interior minister, the decree said.

The hard-charging Mohammed bin Salman’s public profile rapidly eclipsed that of the crown prince. Salman had already set a precedent for removal of a crown prince when, in April 2015, he appointed Mohammed bin Nayef and fired Prince Moqren bin Abdul Aziz bin Saud, who had assumed the post under the late King Abdullah. The move left Mohammed bin Nayef as the first of the second generation, or grandsons of the kingdom’s founder, Abdul Aziz bin Saud, in line to lead the Islamic kingdom.

With Mohammed bin Salman now poised for the throne, an even younger generation is set for power.

As deputy crown prince, he took on an unusual amount of responsibility, most prominently as the main proponent of a wide-ranging plan, Vision 2030, to bring social and economic change to the oil-dependent economy of a country where women’s rights are among the most restricted in the world. He also chaired the Council of Economic and Development Affairs, which coordinates economic policy, and oversaw a body overseeing state oil giant Saudi Aramco.

It was not immediately clear if Mohammed bin Salman would continue in those roles.

As defense minister he holds overall responsibility for the kingdom’s military intervention in Yemen. Saudi Arabia leads a coalition supporting the internationally-recognized Yemeni government against Iran-backed rebels. A foreign diplomat had told AFP on Tuesday that Mohammed bin Nayef was politically “getting weaker, more marginalized,” after continuous chipping away at his powers and influence.