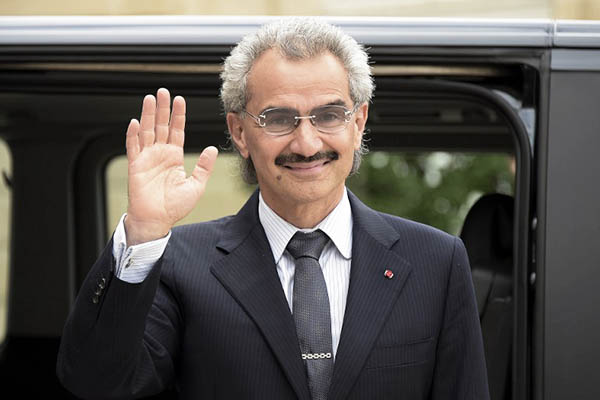 An outspoken billionaire Saudi prince has called for an “urgent” end to his country’s ban on women driving, saying it is a matter not just of rights but of economic necessity.

“Stop the debate: Time for women to drive,” Prince Alwaleed bin Talal said on his official Twitter account. Alwaleed is an unusually forthright member of Saudi Arabia’s extensive royal family. He holds no political posts but chairs Kingdom Holding Co., which has interests including in U.S. banking giant Citigroup and the Euro Disney theme park.

He is a longtime advocate of women’s rights in the conservative Islamic kingdom, which has some of the world’s tightest restrictions on women and is the only country where they are not allowed to drive. In conjunction with his short tweet, Alwaleed’s office issued an uncharacteristically long statement late on Tuesday outlining his reasons for supporting an end to the ban.

“Preventing a woman from driving a car is today an issue of rights similar to the one that forbade her from receiving an education or having an independent identity,” Alwaleed said. “They are all unjust acts by a traditional society, far more restrictive than what is lawfully allowed by the precepts of religion.”

He also detailed the “economic cost”” of women having to rely on foreign private drivers or taxis, since public transit is not a viable alternative in the kingdom. Using foreign drivers drains billions of dollars from the Saudi economy, Alwaleed said. He calculated that families spend an average of 3,800 riyals a month on a driver, money which otherwise could help household incomes at a time when many are making do with less.

Even if their husbands can take time out to transport the women, that requires temporarily leaving the office and “undermines the productivity of the workforce,” Alwaleed said. “Having women drive has become an urgent social demand predicated upon current economic circumstances.”

The prince said he is making his call on behalf of those with “limited means.”

Activists say women’s driving is not technically illegal but that the ban is linked to tradition and custom. Some women have challenged the prohibition by getting behind the wheel and posting images of themselves online.

A slow expansion of women’s rights began under the late king Abdullah, who in 2013 named them to the Shura Council, which advises cabinet. Abdullah also announced that women could for the first time vote and run in municipal elections, which were held last December.

These and other decisions were initially opposed by “certain elements” in Saudi society but soon became accepted, Alwaleed said, calling for “a similarly decisive” political act.

In April, Deputy Crown Prince Mohammed bin Salman said change cannot be forced, and “it is up to Saudi society.”

In Alwaleed’s view, however, “what cannot be allowed is to have one segment imposing its preferences on the rest of society.”

Sahar Hassan Nasief, a women’s rights activist in Jeddah, said the appeal from such an influential figure could help to bring about change. “Everybody’s talking about him,” she said. “I think his comments gave us a lot of hope.”