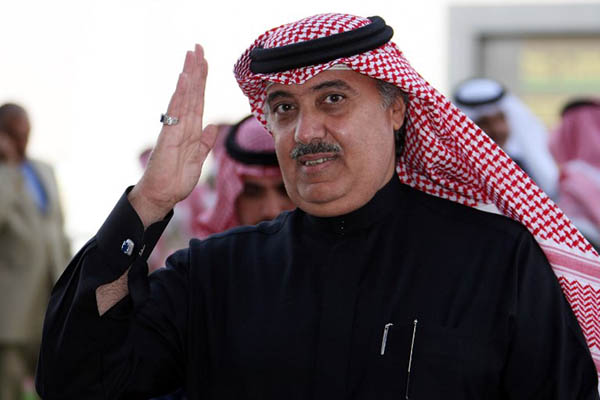 Saudi Arabia on Tuesday freed influential Prince Miteb bin Abdullah, a source said, more than three weeks after he was detained in a sweeping anti-corruption purge of the kingdom’s elite.

The former National Guard chief was among more than 200 princes, ministers and businessmen who were rounded up earlier this month, as Crown Prince Mohammed bin Salman tightens his grip on power. Prince Miteb, once seen as a contender to the throne, is the most high profile royal to be released so far as the government appears to be striking monetary settlements with some of the detainees in exchange for their freedom.

“Yes, Prince Miteb was released this morning,” a source close to the government told AFP, without outlining the terms of his release. The prince was not reachable for comment.

Saudi information ministry officials could not confirm the development but posts on social media by members of the royal family suggested he had been freed. Princess Nouf bint Abdullah bin Mohammed bin Saud posted an old image of Prince Miteb on a verified Twitter account with the message: “Praise be to Allah. Peace be upon you.” In a similar post with the picture of a smiling prince, Princess Abeer bint Khaled bin Abdullah tweeted: “May God grant you a long life, give you health and keep you safe for us.”

Before his arrest the 64-year-old son of the late king Abdullah was sacked as the head of the National Guard, an internal security force that has long been seen as a locus of tribal power.

Some analysts saw Prince Miteb’s removal as an attempt by Prince Mohammed, who is also Saudi defense minister, to consolidate his control over the security services. But Saudi authorities insist the purge was meant solely to target endemic corruption as the kingdom seeks to diversify its oil-dependent economy.

In an interview with the New York Times published last week, Prince Mohammed said 95 percent of those detained agree to a “settlement,” or handing over ill-gotten assets or cash to the Saudi state treasury.

Saudi Arabia’s attorney general estimates at least $100 billion has been misused in embezzlement or corruption over several decades. “The apparent release of Prince Miteb may be a sign that the Saudi authorities are making progress in agreeing settlements with detainees,” said Kristian Coates Ulrichsen, a fellow at the Baker Institute for Public Policy at Rice University. “It’s an attempt to resolve the situation in a manner that minimizes social fallout from the crown prince’s recent move and addresses concerns over the political risk of doing business in Saudi Arabia,” Ulrichsen told AFP.

The purge has triggered uncertainty among businesses that could lead to capital flight or derail reforms, experts say, at a time when the kingdom is seeking to attract badly needed investments to offset a protracted oil slump. Other high-profile targets of the crackdown include billionaire Prince Al-Waleed bin Talal, dubbed the Warren Buffett of Saudi Arabia.

Many of the detainees have been held at Riyadh’s Ritz-Carlton hotel, which has been turned into a luxury prison.