Saudi Society Will Decide if Women Can Drive: Prince 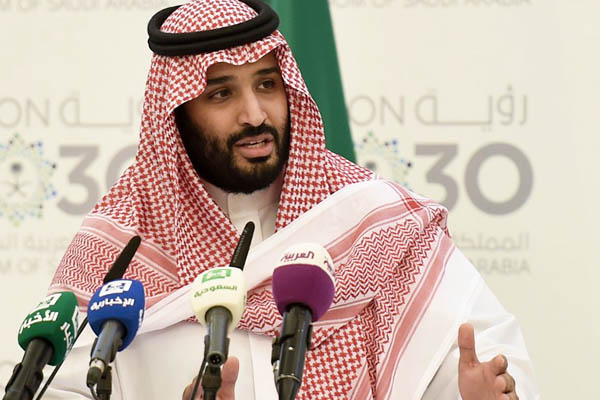 Unveiling ambitious new economic plan, Crown Prince says ‘society’ has yet to be convinced that women should be allowed to drive.

Saudi society, not the government, will determine whether women will be allowed to drive cars, Deputy Crown Prince Mohammed bin Salman said on Monday. He was speaking to reporters after the unveiling of a vast plan, known as Saudi Vision 2030, to transform the oil-dependent economy.

Mohammed was asked whether one of the plan’s goals, to increase women’s participation in the workforce from 22 percent to 30 percent, could lead to their right to drive. “So far the society is not persuaded—and it has negative influence—but we stress that it is up to the Saudi society,” he said, adding that change cannot be forced.

Saudi Arabia has one of the world’s toughest restrictions on women and is the only country where they cannot get behind the wheel. The sexes are separated in restaurants and other public facilities. Women are subject to male “guardians,” family members who must authorize a woman’s travel, work or marriage.

The kingdom’s major cities are expanding their public transport networks but for the moment they remain limited, and a woman’s ability to work is hindered unless she can afford a driver.

It will be appreciated if society is allowed to choose its govt also
And not impose Saudi family regime of usurpers.

Pakistan is going through a challenging and dangerous period. The society is deeply divided between the extreme right and left with no middle ground. Unfortunately this only leads to chaos and intolerance. The state seems to be helpless to resolve these issues. A brazen kidnapping of not one but five people and a eerie silence from the is a scary and dangerous trend.