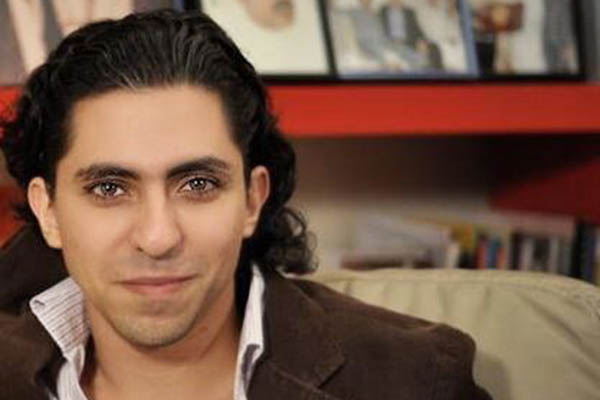 Saudi Arabia’s Supreme Court has upheld a sentence of 10 years in jail and 1,000 lashes against blogger Raef Badawi on charges of insulting Islam, his wife said on Sunday.

The judgment came despite worldwide outrage over his case and criticism from the United Nations, United States, the European Union, Canada and others. “This is a final decision that is irrevocable,” Ensaf Haidar told AFP in a telephone interview from Canada. “This decision has shocked me.”

Badawi received the first 50 of the 1,000 lashes he was sentenced to outside a mosque in Jeddah on Jan. 9. Subsequent rounds of punishment were postponed on medical grounds.

Amnesty International slammed the “abhorrent” decision to uphold a “cruel and unjust sentence,” describing it as a “dark day for freedom of expression.”

“Blogging is not a crime and Raef Badawi is being punished merely for daring to exercise his right to freedom of expression,” said Philip Luther, Amnesty’s Middle East and North Africa director. Badawi’s wife expressed fear that the implementation of the flogging sentence “might resume next week.”

“I was optimistic that the advent of Ramzan and the arrival of a new king would bring a pardon for the prisoners of conscience, including my husband,” she said.

Badawi co-founded the Saudi Liberal Network Internet discussion group. He was arrested in June 2012 under cyber-crime provisions, and a judge ordered the website shut after it criticized Saudi Arabia’s notorious religious police.

The co-founder of the online venue, Suad al-Shammari, was released from jail in February. But Badawi’s lawyer, Walid Abulkhair, who is also a rights activist, remain behind bars.

Badawi and Abulkhair have been nominated for this year’s Nobel Peace Prize by Norwegian member of parliament Karin Andersen. His supporters have launched a campaign on Twitter using the hashtag #backlash that has gathered momentum, and posted pictures of people with lashes drawn on their backs with red lipstick.

Saudi Arabia in early March dismissed criticism of its flogging of Badawi and “strongly denounced the media campaign around the case.”

In his first letter from prison published by the German weekly Der Spiegel in March, Badawi wrote how he “miraculously survived 50 lashes.” Badawi, 31, recalled that he was “surrounded by a cheering crowd who cried incessantly ‘Allahu Akbar’” during the whipping. “All this cruel suffering happened to me because I expressed my opinion,” Badawi wrote.

Badawi’s wife and their three children have received asylum in Quebec, in Canada. Quebec’s Immigration Minister Kathleen Weil said in March that her government would “continue its defense of Mr. Badawi,” saying this was a “clear case of human rights violation.”

Saudi Arabia’s ambassador to Canada, Naif Bin Bandir Al-Sudairy, complained officially. “The kingdom does not accept any form of interference in its internal affairs and rejects… the attack on the independence of its justice system,” he wrote in a letter sent to authorities in Canada.