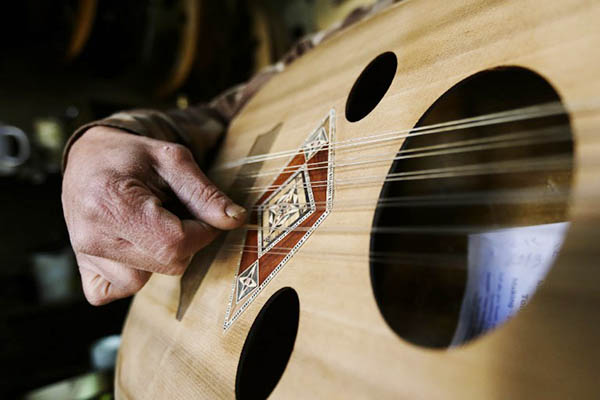 A Saudi woman has lost a judicial battle to marry the man of her choice as a court deemed him “religiously” unfit because he plays a musical instrument, a Saudi newspaper reported on Tuesday.

The ultra-conservative kingdom requires women to seek permission from male “guardians”—their fathers, husbands or other male relatives—to travel, get married and other tasks.

In some parts of the kingdom, a man who plays a musical instrument is considered of inferior status and having a bad reputation.

Two years ago the suitor, a teacher, asked for the hand of the woman, a 38-year-old bank manager from the ultra-conservative region of Qassim, north of the capital Riyadh, Okaz newspaper said. But her family objected, saying he was not “religiously compatible” with her because he played the oud, the oriental lute which is popular across the Arab world.

The woman, who was not named, took her case to the courts.

A lower court weighed in on the side of the family, saying the marriage could not go through. “Because the suitor plays a musical instrument he is unsuitable for the woman from a religious point of view,” the court said, according to Okaz.

An appeals court ratified the verdict, making it final, the newspaper added.

The woman told Okaz she would seek intervention from the country’s “highest authorities”—a reference to the royal court.

The bank manager, who holds a masters degree and is responsible for more than 300 employees, said she was determined to marry her suitor, describing him as “very pious and with a good reputation.”

Saudi Arabia, a major U.S. ally, has introduced a string of reforms over the past year aimed at improving the kingdom’s image, including ending a longstanding ban on women driving. But it continues to face criticism over the male guardianship system, which allows men to exercise arbitrary authority to make decisions on behalf of their female relatives.