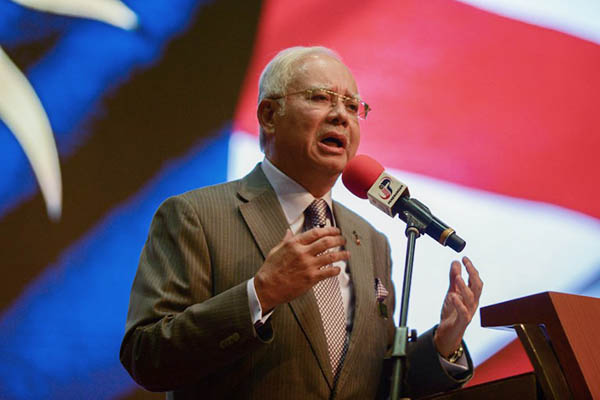 Saudi Arabia’s foreign minister has become the first official from the country to verify the Malaysian premier’s claim that a $681 million payment he received was a “donation” from the kingdom.

“We are aware of the donation and it is a genuine donation with nothing expected in return,” Saudi Foreign Minister Adel al-Jubeir told reporters in Istanbul on the sidelines of a Muslim summit on Thursday. The comments were confirmed by AFP via a video of Jubeir’s remarks distributed by the Malaysian government to reporters in Kuala Lumpur on Friday.

Malaysian Prime Minister Najib Razak has for months battled allegations that billions were looted from an investment company he founded, and the stunning revelation last year that he received a mysterious overseas payment of $681 million into his personal bank accounts.

Najib, who strongly denies any wrongdoing, initially vehemently denied receiving any money, but his government has since admitted the payment was made, and in January said it was a “personal donation” from the Saudi royal family.

The Malaysian government has subsequently claimed it was Saudi financial backing for Najib’s promotion of “moderate Islam,” denying it was looted from the Najib-linked state fund, 1Malaysia Development Berhad. That alibi has been widely questioned in Muslim-majority Malaysia, especially as weeks went by with no official Saudi endorsement.

“As far as we are concerned, the matter is closed,” said Jubeir, who spoke as Malaysian Foreign Minister Anifah Aman looked on.

The big payment was revealed last July by the Wall Street Journal, which subsequently published investigative reports claiming that Malaysian documents showed Najib might have received hundreds of millions more.

Malaysia has been seized by allegations that the state fund was bled of billions of dollars in a series of complex international transactions. A Malaysian parliamentary report released last week said 1Malaysia made more than $3 billion in unexplained overseas payments.

Authorities in several countries including Switzerland, the United States, and Singapore are investigating possible wrongdoing in the huge fund flows.