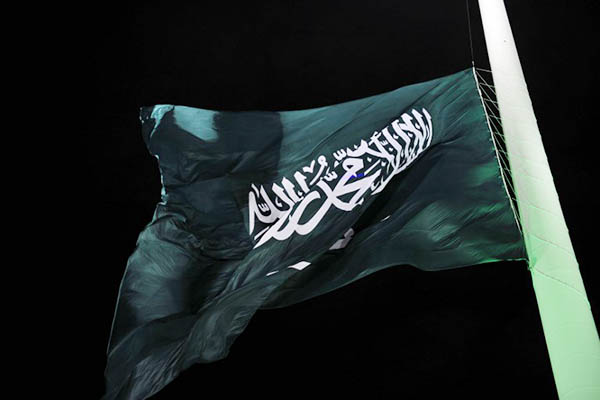 Two Saudis vent their opinions publicly. One is detained, the other is acquitted after the right to free speech is invoked. Such inconsistencies are provoking confusion over the kingdom’s ever-shifting “red lines.”

Sex, religion and politics were once clearly delineated as no-go areas in Saudi Arabia, part of an unwritten but well-known social code of conduct for staying out of trouble in the absolute monarchy. But as fast-paced social reforms shake up the petro-state and aggressive nationalism takes root, inconsistent state responses to perceived transgressions are muddying public understanding of where the boundaries lie.

This month, a criminal court in Jeddah acquitted an unnamed Snapchat influencer accused of insulting fellow Saudis, saying every citizen had the right to express his opinion, local media reported without offering specific details.

The much-hyped case, which followed a broad government crackdown on dissenters and critics, drew both cheers and bewilderment in the kingdom.

“Freedom of expression guaranteed,” screamed a headline in bold red letters in the pro-government Okaz daily. That freedom did not appear to be guaranteed to academic Anas al-Mazrou, who campaigners say was detained last month after he voiced solidarity with jailed women activists during a panel discussion at the Riyadh book fair.

Saudi Arabia’s media ministry did not respond to a request to explain the contradiction, one of many across to kingdom.

In February, a comedian was summoned by prosecutors and apparently forced to apologize for poking fun at the now-toothless religious police. But observers say other comedians have gotten away with it.

One Jeddah café was recently shut down by authorities for not enforcing gender segregation. But that prompted perplexity among the managers of other venues, where in recent years the sexes have been allowed to mingle.

Last year, officials arrested a hotel worker who appeared in what they described as an “offensive” video, eating breakfast with a female co-worker. That left office workers who routinely share meals scratching their heads.

“The system is full of contradictions. It has no definite shape, and we don’t know what is right and what is wrong,” said Noah al-Ghamdi, a civil engineer. “Maybe you do something spontaneous and one official doesn’t like it and decides to crush you,” he wrote on Twitter.

Saudi political cartoonist Jabertoon recently captured the sentiment in a cartoon depicting a puzzled citizen boxed in by zigzagging red lines and being grilled by an official. All this has raised questions over what is acceptable as Crown Prince Mohammed bin Salman carries out a sweeping liberalization drive, which one official said aims to drag the kingdom “kicking and screaming into the 21st century.”

The overhaul, popular with the youth, has ended decades-long bans on women driving and cinemas, and allowed mixed-gender concerts for the first time—at the risk of riling hardliners. It has so far not provoked any major backlash, but officials warn that reforming a society steeped in conservatism is fraught with peril.

The inconsistencies underscore a “push and pull strategy” as the kingdom attempts to roll out reforms without sowing turmoil, said Ali Shihabi who founded Arabia Foundation, a pro-Saudi think tank.

Often the government reaction depends on social media reactions, observers say. If an act goes viral online and creates a scandal, it stands the risk of a crackdown.

“You keep on pushing the envelope while being very alert of public pushback, and react accordingly,” Shihabi told AFP. “Public and social media reaction has an impact, as it should, and it shows that the government is pushing forward while treading carefully at the same time.”

Holding citizens to different or vague standards, however, could prove unsustainable in the long run. “The Saudi government has gone to great lengths to forward its social modernization project,” Eman Alhussein and Sara Almohamadi wrote in a report for the Arab Gulf States Institute in Washington. “However, without setting clear parameters for what is acceptable, the grey zone is likely to stretch further and could jeopardize social reform.”

Most baffling perhaps is Saudi Arabia’s crackdown on liberals in the midst of a liberalization drive. This month campaigners said nearly a dozen writers, bloggers and academics were swept up in a new wave of arrests without any public explanation by the government.

Such arbitrary crackdowns are amplifying public fears as Saudi Arabia appears to pivot from austere religion to a form of hyper-nationalism that promotes veneration of rulers.

In a televised debate last year, Shura Council member Abdallah al-Fawzan said Saudis had the right to brand someone a “traitor” if that person fails to defend the country or chooses to remain silent.

Such rhetoric and confusion over red lines has prompted many liberals to shut down their Twitter accounts—including those engaged constructively in critiquing the reforms.