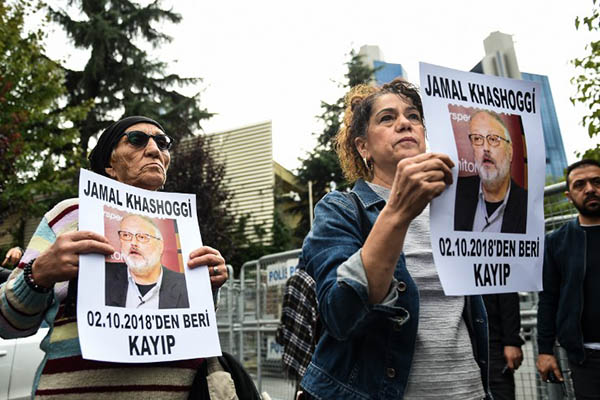 “We do not extradite our citizens,” Adel al-Jubeir told a news conference in Riyadh at the end of a summit of Gulf Cooperation Council states.

Erdogan has repeatedly called on Saudi Arabia to hand over suspects in the killing of the dissident journalist.

Khashoggi, a Saudi contributor to the Washington Post, was killed shortly after entering the kingdom’s consulate in Istanbul on Oct. 2.

Assiri often sat in during Prince Mohammed’s closed-door meetings with visiting foreign dignitaries and Qahtani was a key counselor to the crown prince. Both were sacked after Riyadh admitted Khashoggi was killed in its consulate.

“The Turkish authorities have not been as forthcoming as we believe they should have been,” said Jubeir, saying Riyadh was presented with information that had already been leaked to the media. “We have asked our friends in Turkey to provide us with evidence that we can use in a court of law. We have not received it in the manner that it should have been received.”

According to Turkey, a 15-member Saudi team was sent to Istanbul to kill Khashoggi. Erdogan has said the order to kill Khashoggi came from the highest levels of the Saudi government, but has insisted it was not King Salman.

The Turkish leader insisted last weekend during a trip to South America that Riyadh hand over the suspects, but said the kingdom was not cooperating. Riyadh has since detained 21 people over the murder.

Despite speculation that the powerful crown prince ordered the hit, the kingdom has strongly denied he was involved.

The murder has damaged Riyadh’s international reputation and Western countries including the United States, France and Canada have placed sanctions on nearly 20 Saudi nationals.

Qahtani was among 17 Saudi officials targeted by sanctions imposed by the U.S. Treasury Department in mid-November for “his role in preparing for the operation” against the journalist.