Home Latest News Save the Children Still Closed in Pakistan

Save the Children Still Closed in Pakistan 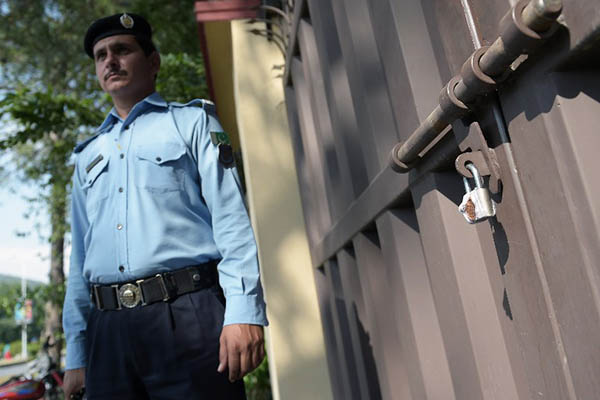 NGO spokesman says they have not received any word on when they might be able to reopen their offices.

Save the Children said its offices in Pakistan remained closed and its operations suspended on Monday, despite media reports the government had reversed an order halting its work in the country.

The authorities sealed Save the Children’s offices last week, saying the charity was “working against the country,” and threatened to expel more foreign aid groups for supposedly undermining Pakistan.

Pakistan has toughened its policies toward international aid groups in recent years, accusing them of covering for spying operations. Local media reports suggested the Interior Ministry had suspended its own order to halt the operations of the British-based international charity. The reports were based on a document circulating on social media, which appeared to be a confidential Interior Ministry memorandum.

But Interior Ministry officials were unable to confirm the authenticity of the document, which was dated Friday, and Save the Children’s offices in Islamabad remained under lock and key on Monday. An armed police officer guarding the offices told AFP they were still officially sealed.

Save the Children spokesman Saeed Ahmad said they had received no word from the government about being allowed to resume their activities. “We have no communication, we have the same information which has been published in today’s newspapers. We welcome these news stories,” said Ahmad.

He said that as of Monday, all the group’s offices in Pakistan were closed and all its activities suspended. “All the information we are getting is only through media, we don’t have any other information from any other source,” Ahmad said.

He said that before this issue arose, Save the Children had closed its operations in Khyber-Pakhtunkhwa and Balochistan provinces.

In 2012 the government expelled the expatriate staff of Save the Children, which has worked in Pakistan for over 35 years and employs 1,200 Pakistanis. That move came after Pakistani intelligence services accused the charity of links to doctor Shakeel Afridi, whom the CIA allegedly used to carry out a fake vaccination program as they searched for Al Qaeda chief Osama bin Laden. Save the Children has always vehemently denied any link to either Afridi or the CIA.

An intelligence source told AFP that Save the Children had been under close watch since the Afridi episode. He said it was believed to have been working in areas where it was not authorized to operate, in parts of Khyber-Pakhtunkhwa and Balochistan.