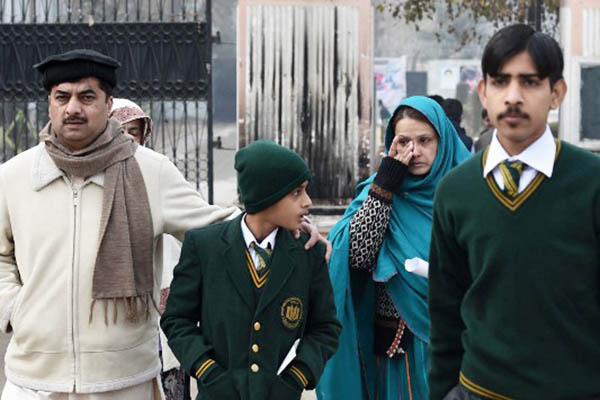 Parents of children killed in Army Public School massacre will be sent on pilgrimage to Saudi Arabia.

A group of students and teachers who survived the Taliban attack on the Army Public School in Peshawar left on Monday for China as part of a trip aimed at healing the mental scars of their ordeal.

Heavily-armed militants stormed the school in December, killing 150 people, most of them children, in Pakistan’s bloodiest-ever terror attack. The carnage horrified the world and left many survivors badly traumatized. Now, 10 students and two teachers who escaped the bloodshed have been sent on a 10-day trip to help them recover.

“The basic aim of the visit is to divert the attention of the survivors” from the nightmare, said a security official. An official at the Army Public School confirmed the visit and told AFP that “more survivors will be sent in coming days to other countries.”

Both the officials spoke on condition of anonymity.

The officials said the decision was taken after psychiatrists suggested that survivors need long-term therapy and mental health counseling. The security official in Peshawar said the parents of children killed in the attack would be sent on pilgrimage to Saudi Arabia in the coming days.

I hope China and Russia secretly fund left wing elements in Pakistan to counter this extreme right wing militant threat. There is no other hope. The current right and center right parties along with the right wing army has failed completely. Ideologies can only be fought with ideologies, not by hangings or drones.