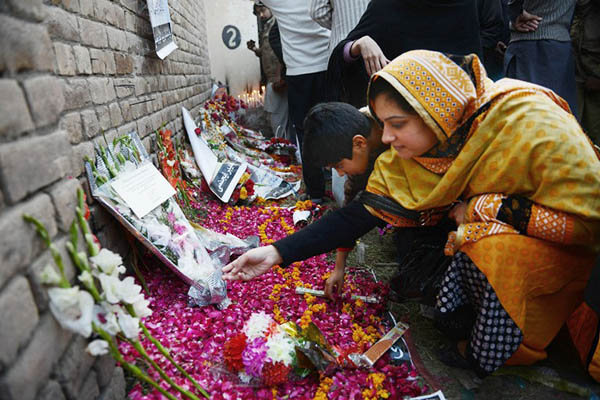 P.M. Sharif has asked president to ‘pay homage’ to the 154 people killed in Peshawar by the Taliban.

Pakistan is to confer posthumous gallantry awards on students, teachers and other staff members killed in the Taliban massacre at the Army Public School in Peshawar, officials said Tuesday.

Taliban gunmen murdered more than 150 people, most of them students, during the attack on the school in December last year. A statement from Prime Minister Nawaz Sharif’s office said he had asked the president to award the honors to “pay homage” to the victims.

The school massacre, Pakistan’s deadliest ever terror attack which left 154 people dead and horrified the world, prompted the government to announce a tough crackdown on militant groups. A moratorium on executions in terror cases was lifted and the Constitution was amended to set up military courts for speedy trial of terrorism cases.

Twenty-four people have been hanged since executions were restarted in December.