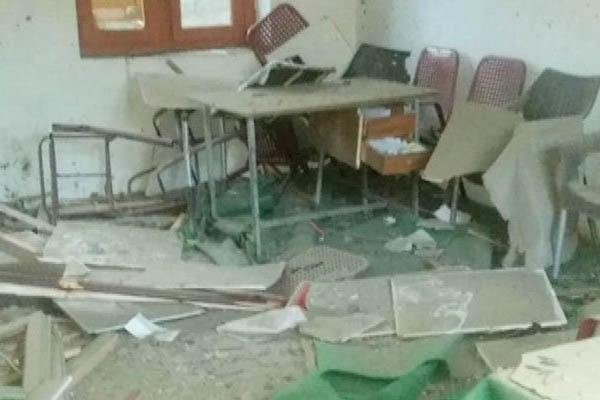 Officials said no one was hurt in the incidents, in which attackers mainly targeted girls’ schools in a tourist region on the Chinese border famed for its high peaks.

“The miscreants tried to damage around 12 schools in Diamir district. They tried to set fire to some of them and broke windows and doors of some others,” regional home secretary Jawad Akram told AFP. He said the local government had begun searching for the attackers.

Dildar Ahmed Malik, a senior official in Diamir district, said at least 10 of the burnt schools were for girls. “The incident took place in a far-flung area. We are investigating it, but the inquiry will take time because of the remoteness of the region,” he said.

Gilgit-Baltistan has been relatively free of the violent militancy that has plagued other parts of Pakistan for years. The region is home to world’s second highest mountain, K2, and numerous other peaks attracting mountaineers and tourists from around the world.

Like many other under-developed areas of Pakistan, basic education needs in Gilgit-Baltistan are being met by private or community organizations, and a large number of primary schools have been set up by non-governmental organizations.

Education is a pressing issue in Pakistan, where government statistics show that more than 22 million children are out of school—the majority of them girls.