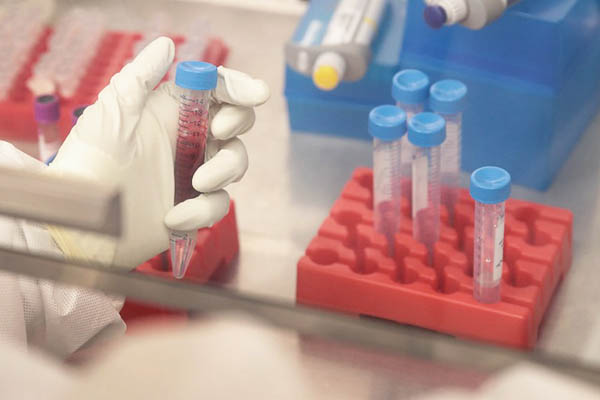 Calling the AIDS epidemic “the most important global health challenge in modern history,” more than 50 top scientists pressed their case Monday for a drive to stop the killer disease in its tracks.

Anchored by Nobel Medicine laureate Francoise Barre-Sinoussi, the group unveiled an aggressive research strategy for an outright cure—an objective once seen as unrealistic and out of reach.

“Not long ago, few considered the possibility that a cure for HIV infection could some day be possible,” said Barre-Sinoussi, who in 1983 helped identify the mysterious virus that causes AIDS. Today, “the search for a cure has become a top priority in HIV research,” she said in a statement, hailing a “new optimism” among experts.

The blueprint is published in the journal Nature Medicine ahead of a meeting of specialists on July 18-22 at the 21st International AIDS Conference in Durban, South Africa. The scientists take stock of many recent gains in treating the human immunodeficiency virus (HIV), but argue that the solution for ending the pandemic lies in a cure.

In 2004, AIDS deaths peaked at more than two million. Last year, the toll was around 1.2 million lives—a decline attributed in large part to the success of anti-retroviral (ART) drugs, which reduce the symptoms of people carrying the virus.

But less than half of an estimated 37 million people worldwide living with HIV receive therapy. Helping them to grasp that lifeline will require a huge, lifelong commitment. On top of that, the powerful drugs can have toxic side effects.

Those problems are “daunting” and the economic costs “might be unsustainable,” the strategy warned. As a result, preventing and destroying the virus should be top priorities.

On the prevention scoreboard, experimental vaccines show promise, but are probably years away. As for eradication, scientists understand far better now how HIV remains barricaded in tissues—such as the lymph nodes and the gut—after being beaten back by ART therapy, the standard drug cocktail given to HIV patients.

Research has found starting ART therapy early limits the ability of the virus to establish a redoubt. The scientists also outline an array of tactics for identifying how the virus tucks itself away inside the human body, and methods for flushing it out and killing it. But, they say, “the challenges… remain substantial,” and there are still many pieces missing in the puzzle.

One prime target is so-called CD4-plus T cells. These play a central role in the body’s immune system, which defends against viral and microbial intruders.

HIV finds secret hideaways in long-lived “memory” versions of these cells, but how the virus does this is not fully understood.

Another objective is to strengthen the immune system. Foot soldiers known as “broadly neutralizing antibodies” may be able to recognize these latently infected cells, and then call on specialized “killer” cells to destroy them.

A common idea is that HIV only needs a few CD4-plus T cells to hideout. But sequencing of viral genomes suggest the disease’s reservoir could be much larger.

Barre-Sinoussi launched the cure initiative in 2010 among a small group of scientists, some of whom were doubtful that eradicating HIV—as opposed to holding it in check—was feasible.

Two years later, the group developed its first long-term strategy, which is now being updated. Global investment in finding a cure has risen from $88 million in 2012 to $202 million in 2015, most of which came from the U.S. government.