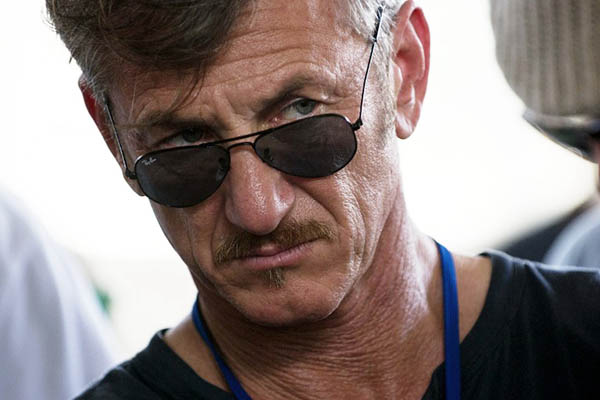 In the article, the actor and director says he met Guzman deep in the Mexican jungle in October for a “seven-hour sit-down” because he was “drawn to explore what may be inconsistent” with media and government portrayals of Guzman.

On the American right, where Republican presidential hopefuls are battling it out, Penn’s exploits were greeted with scorn. U.S. Senator Marco Rubio, one of the Republicans running for his party’s nomination for the White House, said Penn’s efforts were outlandish, but not before dishing out a healthy plate of criticism on the star’s acting career.

“Look, I think Sean Penn is not someone I spend a lot of time thinking about. I didn’t even know he was still around,” Rubio said. “If one of these American actors who have benefited from the greatness of this country, who have made money from our free enterprise system, want to go fawn all over a criminal and a drug trafficker in their interviews they have a constitutional right to do it. I find it grotesque,” he continued.

On the left, even the most circumspect of phrasing pegged Penn’s exploits as begging “a lot of interesting questions.”

Democratic presidential candidate Bernie Sanders told ABC news “I haven’t thought about it much. I’ve been kind of running around Iowa.”

The White House, which avoided answering questions on any ethical and legal violations that may have occurred, denounced comments made by Guzman himself during the interview.

In a stunning admission of his criminal enterprise, Penn says Guzman told him over sips of tequila that “I supply more heroin, methamphetamine, cocaine and marijuana than anybody else in the world.” Denis McDonough, White House chief of staff, told CNN that Guzman’s “braggadocios action about how much heroin he sends around the world including the United States is maddening.”

Asked whether the U.S. will participate with Mexico on its requests to question Penn, McDonough replied: “It poses a lot of interesting questions for him and others involved in this so-called interview. We’ll see what happens.”

Leading media lawyer Floyd Abrams told AFP Sunday that the interview will not likely put Penn in any legal jeopardy as it “doesn’t violate any law.”

Journalists, meanwhile, spared no effort in criticizing Penn and his article on everything from its ethical merits to writing style.

Chief among concerns was the fact that the story had been read and approved by Guzman before publication, a move that is highly irregular within the field, although some defended the magazine, on the basis that the scoop was worth it.

NBC correspondent Luke Russert, son of famed American journalist Tim Russert, sarcastically asked on Twitter: “Is Sean Penn’s interview with Abu Bakr al-Baghdadi in the next issue?” referring to the leader of the Islamic State group.

On Fox News, conservative commentator Gayle Trotter accused Rolling Stone and Penn of complacency and a “complete moral inversion of journalism” that amounted to “aiding and abetting a known felon.”

The Internet was abuzz with mockery of some of Penn’s more outlandish moments, including when he disclosed that he had “a minor traveler’s flatulence” and experienced nothing but chivalry from Guzman who “pretends not to notice.”

The New York Post tabloid summed up the situation by reposting a now famous photo of Guzman and Penn shaking hands, with the sentence “El Chapo, meet El Jerko,” underneath.