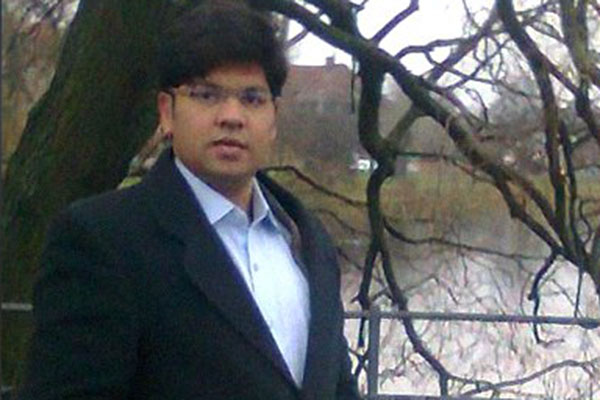 The mother of Sajid Gondal, a senior official of the Securities and Exchange Commission of Pakistan (SECP), has approached the Islamabad High Court to seek recovery of her son from “unknown” abductors after he went missing from the federal capital on Thursday night.

Asmat Bibi on Friday filed a habeas corpus petition contending that her son had left his home around 7:30 p.m. on Thursday and had not been heard from since. She said that his official vehicle had been found parked near the National Agriculture Research Center office in Islamabad and urged the court to help her find him.

According to the petition, police have been reluctant to help find Gondal, also a former journalist, and the petitioner was compelled to approach the court and seek relief. “Abduction is against the fundamental and constitutional rights of the petitioner as guaranteed under Articles 4, 9 and 10-A of the Constitution,” the petition stated, noting it was unfortunate that police had failed to perform their duty in this regard.

The petition has named the secretaries of defense and interior, inspector general of police and Shahzad Town SHO as respondents and seeks court orders for the interior secretary to take action against anyone who ignored their responsibilities.

On Saturday, police confirmed that they had registered a case against “unknown” persons for the abduction of Gondal.

Rights bodies and politicians, including Pakistan’s human rights minister, have condemned the disappearance of Gondal and hoped he would soon be returned to his family.

In a statement, the SECP expressed solidarity with the official’s family, adding that it was “providing complete assistance to the family in this moment.” It added: “The SECP staff are praying and hoping for an early and safe return of Mr. Gondal.”

Human Rights Minister Shireen Mazari posted on Twitter that she had taken notice of the incident and directed police to register a case. “Protection of each citizen’s life is our constitutional obligation. Rule of law must prevail—all must be dealt with according to the law,” she added.

Special Assistant to the P.M. on Accountability Mirza Shahzad Akbar also took notice of the case and directed police to make efforts for Gondal’s recovery.

From the opposition, PMLN leader Ahsan Iqbal said the disappearance was “very disturbing,” and urged the government to ensure his safe recovery. “Such acts bring a bad name to Pakistan,” he added.

Pakistan Army Has No Jurisdiction to Engage in...