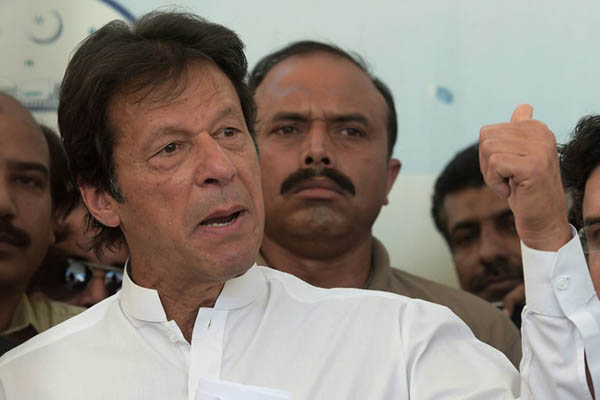 Still harder times ahead for Pakistan.

Lahore’s main traffic artery, The Mall, is almost permanently blocked and the byroads are resultantly difficult to negotiate. Why? Because, strangely, all state-employed workers have decided to come out in history’s hottest summer to demand raises and protest layoffs. The farmers are not far behind, they are burning potatoes on the road because their bumper crop has not been protected; or the sugar mills where they sell their sugarcane haven’t paid up.

Normally hot weather is not good for strikes. But this summer there is promise of coercive results. The Punjab government will cave because of the threat of all these unhappy communities joining the “street power” of Imran Khan, who is threatening to get mean “if Nawaz Sharif doesn’t quit.” When the primary-school teachers—threatened with privatization because of “ghost schools” and “ghost teachers”—came out, tellingly, in front of the Punjab Assembly, the Pakistan Tehreek-e-Insaf’s provincial chief came out and joined them. A usually tough chief minister kowtowed and the protesters departed claiming victory.

Clearly, the kitty is empty and subsidy can’t be provided without inflationary fallout followed by a warning from Pakistan’s chief lender, the IMF. Unlike anywhere else in the world, Pakistan has decided that the economy is undermined by nothing else but corruption. That means that we should topple the ruling party revealed by the Panama Papers as owning offshore companies for tax evasion. If this were the rule, many high-flying economies like that of India would have perished. Somehow it suits us today to blame corruption, and therefore the government, for our economic distress.

The truth is that terrorism has loosened the economic edifice keeping Pakistan functional. Fear of dying is so familiar and prevalent that we forget that all our major cities are in thrall to terrorists gaining acceptance by mouthing slogans of jihad. The world is worried, not about our corruption, but about the menace of proxy war that radiates from us to our neighborhood and beyond the region. Populist sloganeering at home prevents the state from tightening the belt to stanch leakage of funds. The strikes presage harder times ahead.