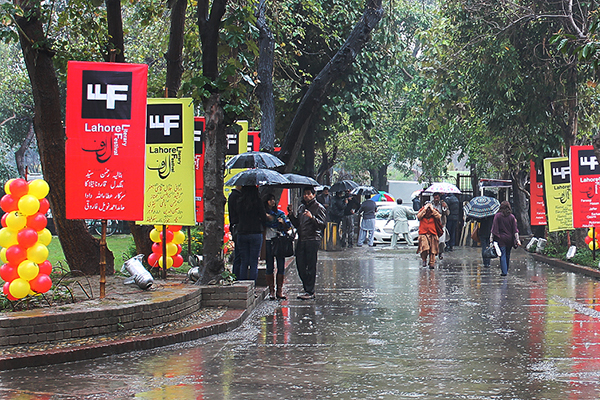 The second annual Lahore Literary Festival takes place Feb. 21, 22 and 23. The three-day festival will feature over 100 Pakistani and foreign speakers across some 60 sessions.

“LLF 2014 will feature over 100 delegates from eight countries over three days,” said Razi Ahmed, LLF’s founding director, on Friday. “We have scheduled book launches, readings, panel discussions, performances and exhibitions as part of this year’s festival to celebrate the best of Lahore’s varied and storied cultural traditions.”

“We bring together new ideas and themes to the program each year,” said Ahmed. “This year’s program reflects our abiding commitment to present a well-thought and stimulating literary festival packed with intellectually-stimulating events in both Urdu and English.”

“The program for LLF 2014 will be unveiled soon,” said Nusrat Jamil, president of the LLF 2014 Advisory Committee. “This year’s program builds on our success with the debut LLF and features the finest of Pakistan’s talent and a lot more international representation.”

LLF is a free public event, and seating at all sessions will be on a first-come, first-served basis. LLF is an independent, not-for-profit organization registered under the Societies Registration Act, 1860.