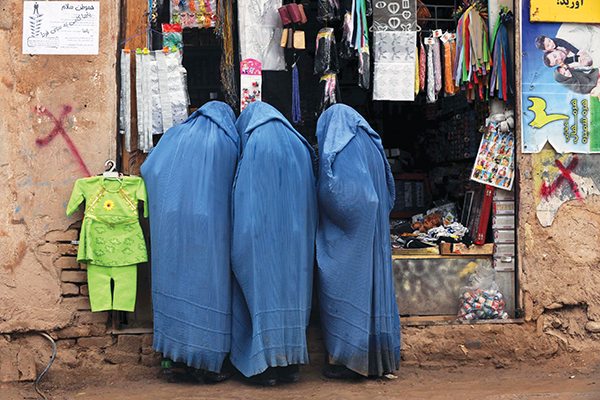 As peace talks resume in Qatar, there’s indecision in the Taliban’s ranks.

[dropcap]A[/dropcap]s the spring weather warms and the snow melts off the high mountain passes separating Pakistan and Afghanistan, hundreds of Taliban fighters who spent the winter in Afghan refugee camps and safe havens inside Pakistan are preparing to return to battle. But this year some insurgents are having second thoughts about fighting in Afghanistan at a time when it appears that peace talks between the U.S. and the Taliban are about to resume in Qatar.

Indeed, there are heated debates raging among the fighters as to the wisdom of returning to fight, and perhaps die, as peace prospects are being discussed. “The leadership hopes to dispatch a big number of fighters to Afghanistan this year,” says Zabihullah, a senior Taliban operative whose information has proved reliable in the past. “But now there is great confusion among the fighters whether to go and fight or stay behind in Pakistan and await the results of the Qatar peace talks.”

In a mosque made of mud-bricks in the middle of the Haripur Afghan refugee camp, some 40 miles north of Islamabad, five Taliban fighters are relaxing, enjoying the spring air, and sipping green tea from discolored cups. “Take advantage of the rest and the sunshine because in less than one month we have to return to the jihad,” says Mullah Mohammad Khan, 30, the senior fighter among the group. But his comrade-in-arms Mohiuddin Akhund does not share Khan’s enthusiasm. “This year my heart really does not want to go back to the jihad,” he tells Khan. “Our leaders are talking to the infidels and then asking us to return to Afghanistan to resist the Americans.”

Khan, a sub-commander from northern Baghlan province, tries to argue with Akhund, warning him that he’s in danger of losing his faith. “These are satanic temptations,” he says. “If you say no to the jihad then how will you answer to Allah on Judgment Day?” Akhund is still not convinced. “I am proud to have been in the jihad for the past five years in Helmand and to have lost a brother and a nephew,” he tells Khan. “But how can I continue fighting when our leaders are enjoying the Americans’ hospitality in Qatar and we’re told we have to kill Afghan soldiers?” Another fighter named Abdullah pipes up, agreeing with Akhund, saying he is also confused about what to do this year. “Our leaders are enjoying air-conditioned rooms, driving luxury cars and living in good houses while we live a troubled life fighting in Afghanistan,” says Abdullah. Khan still tries to cajole them. “We do not perform jihad for this or that personality,” he says. “We offer our sweet breath for Allah and we should expect rewards from Allah, not the leaders who are human and far from perfect.”

Akhund replies, saying he still has his doubts. “I have to be satisfied that what I’m doing is correct,” he says. “We have killed a lot of innocents in the fight.” “I’ve read that we should protect Muslim lives even if there’s a chance of killing a dozen infidels,” adds Akhund. Khan still tries to persuade him. “In this jihad some innocents might lose their lives, but don’t worry because Allah knows your intention is not to kill innocents and that in some situations civilian casualties cannot be avoided.”

Still not convinced, Akhund tells Khan that he’s making plans to give up the fight. “My heart is telling me that it may be time to close this book and start selling fruit in the bazaar. Then I’m sure I won’t harm innocents,” he says. “I would like to work somewhere and make some money for my family in Quetta.” White-bearded, 70-year-old Haji Malik, who was listening to the conversation, says he doesn’t want to return to the Afghanistan he left when the Russians invaded in 1979. “The Afghan government is corrupt and the infidels are still occupying our land,” he says. “I won’t even be able to die in my own country.” Even so he still supports the fight. “I share half of my lunch and dinner with these Taliban every day because they are fighting for the cause of Islam.”

Khan says they should not worry about the insurgent leadership betraying the jihad. “Our leaders would not cheat the blood of thousands of martyred Taliban who have sacrificed themselves for us,” says Khan. “We have to talk to the Americans because they are the real opponent, not the puppet [Afghan President Hamid] Karzai. This year and next are very significant for the jihad. We have the upper hand so we have to keep on fighting.”

Akhund seems to be more of a realist. He argues with Khan that the fight will be longer and harder than he thinks. “You and others think that as soon as the foreigners withdraw [at the end of 2014] the Kabul regime will collapse,” says Akhund. “But be careful, this may not be the case. Kabul may be stronger than we think.” Akhund knows how tough the going has been for his men in Helmand ever since U.S. Marines arrived there in force in 2010. “Last year and the year before we became weaker because the villagers became tired of the war,” Akhund says. “When we do not have local support it is not easy for the Taliban to operate in the area. As long as the Taliban are in Qatar talking peace I swear I will not go to the jihad.”

Khan had heard enough. As the sun was setting, a visibly angry Khan told Akhund: “You’d better repent your views or Allah will become very angry at you.” Then he warned him: “And do not talk that way in front of villagers.”

According to Zabihullah, this open disarray in the Taliban’s ranks is widespread, from top to bottom, and is even upsetting senior commanders’ strategic plans for the upcoming fighting season. “There is now great confusion among commanders and leaders how to devise battle plans for this and next year,” he says.

If that remains the case, then the American troop drawdown and withdrawal in 2014 should be able to proceed without a hitch. Even so one big question remains: will Kabul’s security forces be able to take advantage of the insurgency’s disorder and keep the Taliban at bay as the coalition heads for the exits?