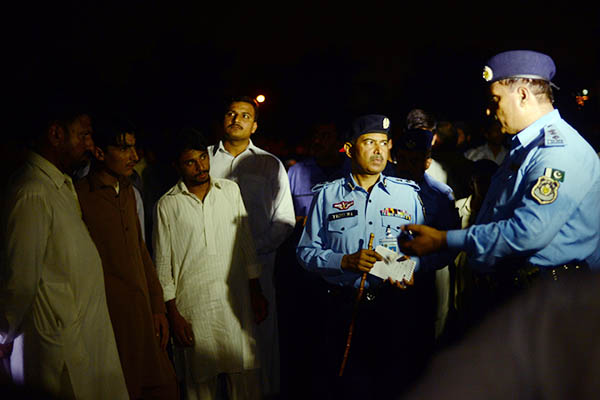 At least 10 dead, six wounded in clashes between Sunnis and Shias in Bhakkar.

Clashes between Shia and Sunni groups in central Pakistan left at least 10 people dead and six others wounded on Friday after gunfire erupted during a rally, police said.

The violence broke out when a protest march organized by Sunni radical group Ahl-e-Sunnat Waljamaat reached a Shia neighborhood in the Bhakkar district of central Punjab province. Sectarian violence between the Sunni and Shia sects is rare in Punjab, though other parts of the country are plagued by near-daily occurrences.

The Ahl-e-Sunnat Waljamaat activists were protesting against the killing of one of their colleagues, senior police official Sarfaraz Falki said by telephone. “The tension started when participants of the protest rally reached a Shia-dominated area,” he said. “At least 10 people have been killed from both sides, the situation is tense and we are deploying more police and Rangers (paramilitary troops).”

The two sides at first shouted slogans at each other, but men on both sides then opened fire, Falki said.

Mumtaz Hussain, a senior government official in the district, confirmed the death toll.

In another incident late Friday, motorcycle gunmen opened fire on a Sunni madrassah in Islamabad, killing two people and wounding one, police said. The motive for the attack was not yet clear but police said security had been stepped up in the capital.