Home Latest News ‘Security Beefed Up in All Major Cities’

‘Security Beefed Up in All Major Cities’ 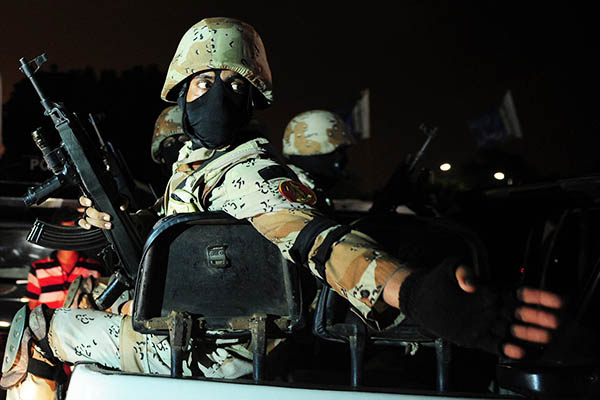 The Pakistan military announced on Monday that security had been beefed up in all major cities by the civil administration following the launch of Operation Zarb-e-Azb, adding that the civilian population was being evacuated from North Waziristan in a dignified and orderly manner.

“Army troops have been alerted and forward placed to assist law enforcement agencies,” said an update issued by the Inter-Services Public Relations (ISPR) Directorate. “They will remain at designated places … and will be employed in case of emergency,” it added.

According to the military, six terrorist hideouts were destroyed by jet aircrafts in Shawal, North Waziristan on Monday. “In these precise strikes, 27 terrorists were killed,” it said, adding that there was no civilian population in the area. The ISPR also updated the number of terrorists killed in Sunday’s airstrikes, saying the number had now crossed 140. “Most of those killed are Uzbeks,” it said, adding that several affiliate groups had also been targeted and a communication hub dismantled.

The ISPR statement also said that three soldiers had been injured in crossfire with terrorists near Mir Ali, adding that seven militants had been killed while trying to flee Mir Ali and three more had been taken down while laying improvised explosive devices close to Miranshah.

The military also assured observers that the civilian population of North Waziristan was being accommodated and protected as much as possible. “An orderly and dignified evacuation of civil population is being ensured,” it said, adding that arrangements to accommodate internally displaced persons had been completed and camps had been established in Bannu.