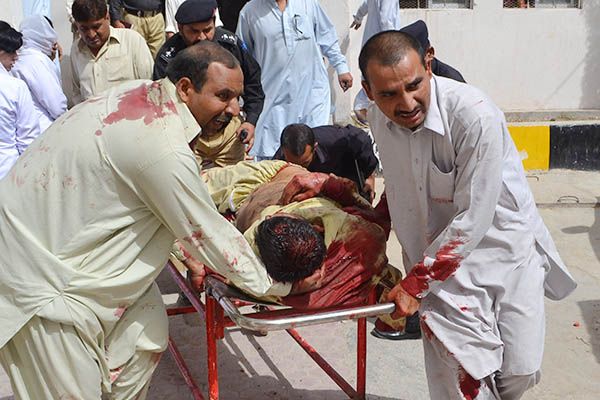 At least 10 killed, 31 others wounded in bombing near center of city.

A bomb blast on Friday killed 10 people and wounded 31 others in Quetta, officials said.

City police chief Abdul Razzaq Cheema said a vehicle carrying security forces appeared to have been the target of the attack, which occurred outside a college in the center of the city. “Ten people were killed and 31 injured. Around eight are in critical condition,” Cheema said, adding that eight to 10 kilograms of explosives were used in the bomb. Dr. Rashid Jamal at the government-run civil hospital in Quetta confirmed the number of dead and wounded.

Quetta is the capital of Balochistan province, which borders Iran and Afghanistan and is rife with separatist and Islamist militants. The province is also plagued by sectarian bloodshed and the capital has been hit by numerous bomb attacks in recent years, including two devastating blasts early last year targeting minority Shia Muslims.