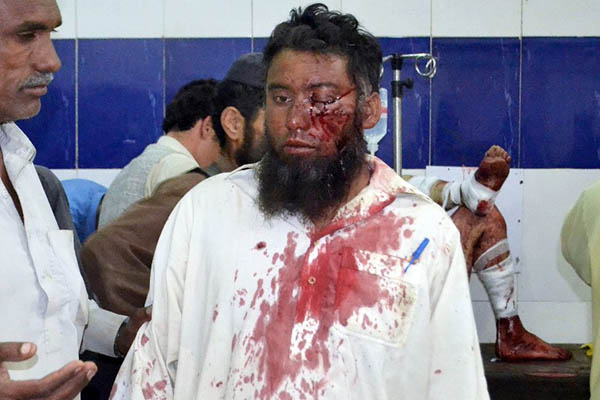 At least three killed, 18 others wounded in IED blast.

An improvised explosive device on Saturday morning detonated in Quetta, killing at least three people and injuring another 18, according to local police.

“The bomb disposal squad has confirmed that 40kg of explosives were placed in a parked vehicle,” said Abid Khan Jakhrani, a senior police official at the site. “The target appears to have been security forces, as the explosion occurred when their vehicle was passing near the area,” he added.

A rescue official said two of the deceased were civilians. “Two were laborers who died on the spot, while a third [soldier] succumbed to his injuries before he could reach hospital,” said Saleem Ahmed, an official with the charitable Edhi Rescue Services. “I have seen several people lying on the road but we have only received three dead and 18 wounded at hospital so far,” he added.

No group has yet claimed responsibility for the attack but Baloch separatists are active in the area and often attack government forces and installations.