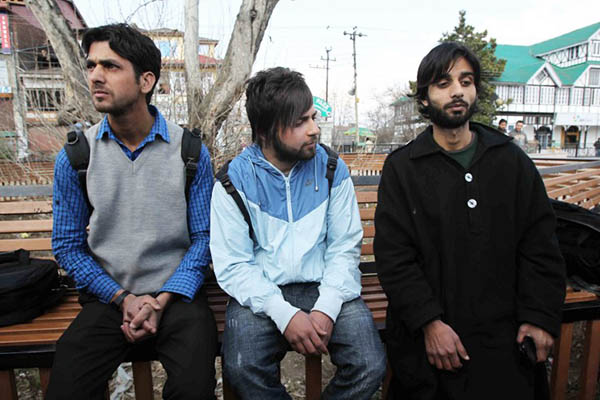 Three of the Kashmiri students who were suspended for supporting Pakistan. AFP

Police say there is no evidence to support sedition charges, but students could still face prosecution over incident.

Police in northern India said Friday they had dropped sedition charges against a group of Kashmiri students who cheered on Pakistan in a recent cricket match, but they could still face prosecution over the incident.

A group of 60 students were suspended from the Swami Vivekanand Subharti University (SVSU) in the town of Meerut and escorted from the campus over what the vice chancellor called “unacceptable” behavior after the match last Sunday. Pakistan beat India in a tense Asia Cup contest and the case has highlighted the sometimes hostile reaction to India-administered Kashmiris who often feel a greater sense of loyalty to Muslim-majority Pakistan.

“In absence of any evidence to support the charges of sedition … we shall not probe the complaint in this light,” said Meerut police chief Omkar Singh. He said that police were acting on a complaint from the university and the students might still be booked under laws against spreading hatred between castes and communities or causing damage to property.

Back at their homes in Kashmir, some of the students claimed they were attacked by fellow students who were offended by their celebrations. “Just because we supported the Pakistan team, our life and careers have been put at stake,” one student, Gulzar Ahmed, told reporters Thursday.

Pakistan meanwhile has offered to take in the students and give them places at local universities.