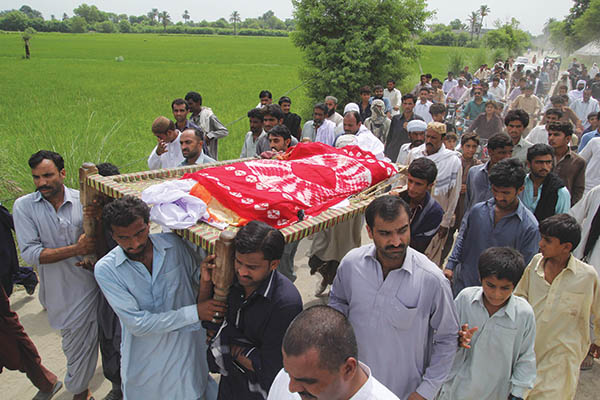 On July 15, social media starlet Qandeel Baloch was drugged and strangled to death by her brother as she slept at their family home near Multan. The ‘honor’ killing was perpetrated, he told media, because she wouldn’t stop posting videos and photos of herself in various states of undress. As with most such killings, social media lit up with condemnations. People mourned the loss of a woman confident in her sexuality and unafraid to flaunt it. But this time there were celebrants as well. “She deserved it” was a common refrain. Pakistan’s internalized misogyny—buried beneath a veneer of piety—could not stomach mourning someone unwilling to stick to societal conventions. Baloch’s alleged misdeeds are irrelevant. She was killed because she would not bow down to the men in her life. Regardless of what generations of Pakistani men raised in the country’s particular blend of toxic and violent misogyny have been led to believe, women are not their property. Islamabad needs to implement anti-honor killing legislation now to make its stance clear. How many deaths will it take before enough is enough?