‘Selective’ Lockdown Imposed in Part of Lahore From Tomorrow 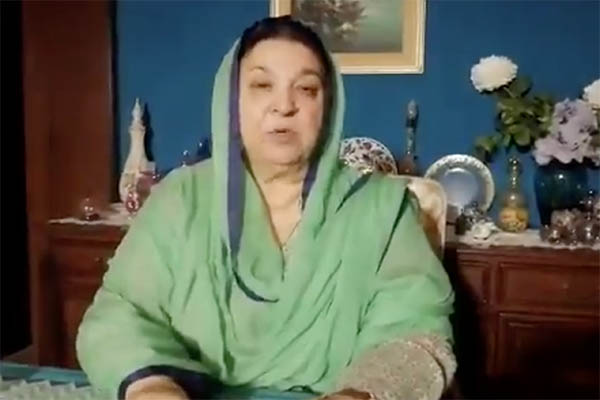 The Government of Punjab has decided to seal areas of Lahore that have been reporting a dramatic surge in new infections of the novel coronavirus in recent days, Health Minister Dr. Yasmin Rashid announced on Monday.

“The areas to be sealed will remain open until midnight tomorrow, after which only grocery shops, tandoors, and pharmacies will be allowed to operate there,” she said, adding that this measure would either continue for two weeks, or be eased earlier if there was a visible reduction in the virus’ spread.

The areas being sealed are:

During her press conference, Rashid lamented that the public was still refusing to adopt social distancing guidelines or standard operating procedures (SOPs) provided by the government to curb the spread of COVID-19. “If everyone starts wearing a face mask, we can reduce spread by at least 50 percent,” she said.

Attempting to justify the government’s response to the pandemic, which has been attracting more and more criticism from the media and public amidst rising infections and deaths, Rashid claimed that if the incumbent government had failed, so had the rest of the world. “The media is comparing us to New Zealand and Taiwan. The population of New Zealand is half of that of Lahore’s. Controlling the virus there is much easier than controlling it in a thickly populated country like ours,” she claimed, as she reiterated the prime minister’s dubious claims of Pakistan being much better off than neighboring India.

Concluding her press conference, Rashid also urged media to stop spreading “apocalyptic” news about the pandemic, claiming this was increasing cases of depression among the population. She did not seem to think that the government’s policies in trying to overcome the pandemic were to blame for citizens believing the government is no longer trying to prevent new infections of the disease.