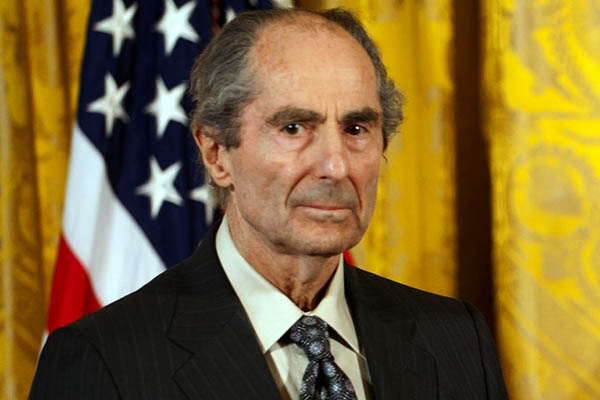 Recipient of multiple awards, including the 1998 Pulitzer for fiction, died of congestive heart failure

Grand man of American letters Philip Roth, a fierce and prolific talent who achieved fame with the sexually explicit Portnoy’s Complaint in 1969, has died at 85.

Roth’s literary agent, Andrew Wylie, told U.S. media that the writer died on Tuesday of congestive heart failure. The New Yorker magazine and the New York Times had both reported the death of Roth, who won the 1998 Pulitzer Prize for fiction for his acclaimed novel American Pastoral.

Roth, who lived in New York and Connecticut, was best known for mining the Jewish-American experience in his more than 30 novels. Roth said he reached a turning point when he realized he could use his own world as literary raw material, be it his upbringing or the setting of his New Jersey hometown.

“You can’t invent out of nothing, or I can’t certainly,” he said in a 2011 documentary. “I need some reality, to rub two sticks of reality together to get a fire of reality.” But Roth’s giant stature on the post-World War II literary scene stems from the universality of his message—in his own words: “I don’t write Jewish, I write American.”

He collected the Man Booker International Prize for lifetime achievement in fiction in 2011, followed the next year by Spain’s Prince of Asturias award for literature and in 2015, France presented Roth with the insignia of Commander of the Legion of Honor—a laurel the author called “a wonderful surprise.”

His final novel Nemesis, about a 1944 polio epidemic, came out in 2010. Two years later, he stunned the literary world with the announcement that he would no longer write fiction.

A prolific essayist and critic as well as a novelist, Roth long managed to sustain his literary output both in terms of quality as well as quantity, exemplified by his widely admired political trilogy—American Pastoral (1997), I Married a Communist (1998) and The Human Stain (2000).

“It’s a bit like hearing that Keith Richards has given up rock and roll, or that the Pope is abandoning religion,” the critic James Walton wrote at the time.

But Roth was true to his word and, he claimed, perfectly content with life-after-literature, even though he readily admitted that writing had long served as a way to keep depression at bay. “I had reached the end. There was nothing more for me to write about,” he told the BBC in 2014. “I set out upon the great task of doing nothing. I’ve had a very good time.”

Roth’s 2004 novel The Plot Against America was thrust back into the public eye following the election of Donald Trump. The novel’s alternative American history—which imagines Franklin D. Roosevelt being defeated in 1940 by Charles Lindbergh, an aviator with pro-Nazi leanings—led some left-wing critics to draw comparisons with Trump’s populist sweep to power.

Roth dismissed the notion of a parallel, but also made clear his disdain with the occupant of the White House, describing a president “ignorant of government, of history, of science, of philosophy, of art, incapable of expressing or recognizing subtlety or nuance… and wielding a vocabulary of 77 words.”

The author has repeatedly insisted on a distinct line between fact and fiction in his work, but as he advanced into his 80s poignant reflections on mortality haunted his later novels, including Everyman and Nemesis.

“The time is running out,” he told an interviewer matter-of-factly back in in 2011. “There’s nothing I can do about that, there’s nothing to be done.”

Philip Milton Roth was born March 19, 1933 in Newark, New Jersey, the grandson of European Jews who were part of the 19th-century wave of immigration to the United States. He published his debut collection of short stories, Goodbye, Columbus, at the age of 26—a close-to-the-bone look at the materialist values of the Jewish immigrant milieu in which grew up.

Although the work earned near-universal praise, and won the prestigious 1959 National Book Award, many Jews felt betrayed by what they saw as an unflattering depiction of the Jewish-American experience.

Two novels followed, but it was the third—Portnoy’s Complaint—that brought fame with its comic description of the sexual problems facing a young middle-class Jewish New Yorker burdened with a domineering and possessive mother. The book topped The New York Times bestseller list for the year and turned its reclusive author into a celebrity—an uncomfortable position that he would later satirize in novels like Zuckerman Unbound (1981) and Operation Shylock (1993).

Readers have long argued over the true level of autobiography in Roth’s novels and the character Nathan Zuckerman, whose passage from aspiring young writer to socially compromised literary celebrity Roth traced in five novels, has generally been seen as the author’s alter ego.

Roth’s personal life was dragged into the spotlight following his messy breakup with British actress Claire Bloom, who painted a grim picture of life with her ex-husband in her 1996 memoir Leaving a Doll’s House.

In the words of his contemporary novelist John Updike, “As the wronged ex-wife of Philip Roth, she shows him to have been, as their marriage rapidly unraveled, neurasthenic to the point of hospitalization, adulterous, callously selfish and financially vindictive.” Reportedly infuriated, Roth exacted revenge by caricaturing Bloom as a poisonous character in I Married a Communist.