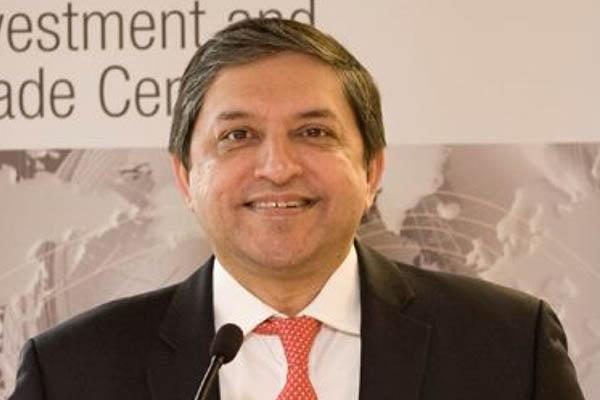 Senate Deputy Chairman Saleem Mandviwalla, accompanied by members of civil society, on Sunday delivered a charge-sheet against the National Accountability Bureau (NAB), vowing to hold the institution accountable without any fear of intimidation.

This was Mandviwalla’s second press conference against NAB’s working in less than a week. Last week, the anti-graft watchdog froze Mandviwalla’s assets in connection with a fake accounts case, claiming the senator had allegedly bought shares in the name of a person who allegedly profited through fake accounts.

Mandviwalla has categorically denied the allegations, claiming the case is “unfair and prejudicial.” His verbal tirade prompted NAB Chairman Justice (retd.) Javed Iqbal to take notice and order a halt to all further proceedings until further orders.

On Sunday, the senator said the battle was now between the Upper House and NAB. “Now their [NAB officials’] degrees will be checked. We will hold NAB accountable for its deeds,” he said, claiming the Upper House would take NAB officials to task for keeping “assets beyond means.”

The PPP leader also warned that he would approach international envoys and organizations to have NAB blacklisted over its human rights abuses. He alleged that many people had died in NAB custody over the years, adding that this matter needed to be investigated.

“We will approach every foreign ambassador in Pakistan and expose NAB’s atrocities,” he said, claiming this was in the best interests of the country. He alleged that NAB officials used to “torture” people to secure “voluntary returns,” which do not require the matter to be taken up in court. He claimed that once the Supreme Court abolished this provision, NAB officials had started using the same tactics in order to secure plea bargains.

Mandviwalla said he would also approach Prime Minister Imran Khan and opposition leaders to unite on legislation to curb NAB’s jurisdiction to matters related to corruption. He recalled that the Pakistan Tehreek-e-Insaf government had itself introduced an ordinance curtailing NAB’s powers to save businessmen, adding that it had lapsed due to failure to develop consensus.

The Senate deputy chairman said he believed NAB’s pressure tactics had eroded its credibility, with the institution increasingly maligned. “Now, if NAB sends a notice to someone, people laugh at their decisions. Their actions have no value now, neither in bureaucracy and judiciary, nor in the civil society or among business community members,” he claimed.

“Numerous people have lost their lives in their custody. I have a human rights activist with me today who will tell you how rights have been violated by the accountability watchdog,” he claimed, adding that every senator—whether from opposition or government—had agreed that NAB should be exposed.

The senator also vowed to investigate the appointment of NAB Director-General Irfan Mangi and Investigation Officer Mudassar. “We will check the degrees of NAB’s employees. It will be the first time that NAB will be held accountable,” he said, adding that this would be done without any fear of intimidation.

“We will not conduct the investigation inside a closed room like them. The trial will be conducted in front of media and facts will be presented in front of everyone,” he said.

Human rights activist Maria Tarana provided media with a list of people who had either died in NAB custody or committed suicide due to the humiliation meted out to them by the watchdog. Among the people listed were Aslam Masood of Omni Group, Ijaz Memon, Advocate Zafar Iqbal, Raja Asif, Brig. (retd.) Asad Munir, Nasir Sheikh, Dr. Tahir Amin, and Qaiser Abbas.

Following Mandviwala’s press conference, NAB issued a rejoinder rejecting allegations of anyone ever dying in its custody. “NAB rejects all such media reports and it will issue legal notices to all such persons who have leveled baseless and concocted allegations against NAB,” read the statement that did not directly identify the senator.

“NAB asks them [accusers] to prove their claims about any death in NAB custody within 14 days otherwise legal proceedings will be initiated against them as per law,” it said, claiming that NAB “is a human-friendly organization, which always ensures self-respect of every person and is a law-abiding organization.”

It also rebutted criticism of plea bargains, claiming accountability courts, on the request of the accused, approved these. It claimed that the deals were an admission of guilt and saw the return of “looted” money. “Plea bargain is deemed conviction, which comes under the domain of Article 25b of NAB Ordinance, 1999,” it added.

“Plea bargain is also part of various other countries’ accountability systems like U.S., U.K., Australia and India,” it said, adding any plea bargain resulted in the accused becoming ineligible to contest any election for 10 years; ineligible to get loans from bank; and having their company blacklisted. Any government servant that accepts a plea deal has their services terminated after it is accepted by court, it added. “The impression given in media is not correct that plea bargain is approved by NAB,” it said.

NAB’s statement also praised the institution’s “remarkable” efforts under the leadership of its incumbent chairman in eradicating corruption, claiming international organizations had praised it. “NAB is the only anti-corruption organization in Pakistan that has recovered Rs. 466 billion from corrupt elements and deposited in the national exchequer and its conviction ratio is about is 68.8 percent, which is one of the best conviction ratio as compared to other anti-corruption organizations in Pakistan,” it added.