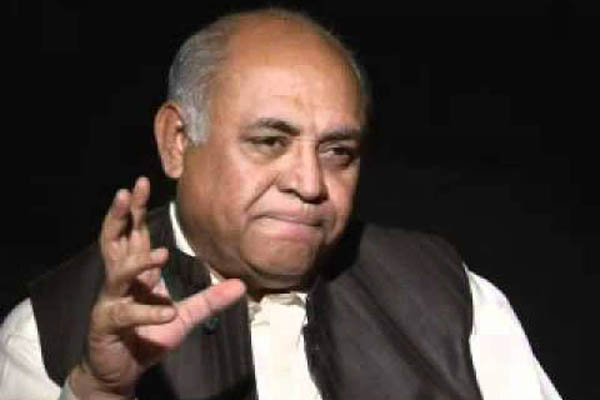 Veteran politician Senator Mir Hasil Khan Bizenjo died on Thursday at hospital in Karachi after a prolonged illness, his party and fellow lawmakers have confirmed. He was 62.

The Baloch nationalist was diagnosed with lung cancer last year and had been admitted to a private hospital in the Sindh capital, National Party Secretary General Jan Muhammad Buledi said, adding that the deceased had remained the chief of the National Party.

Born in 1958, Bizenjo entered politics after joining the Pakistan National Party. His father, Mir Ghous Baksh Bizenjo, had served as the province’s governor, and had been a vocal proponent of the rights of the Baloch people. Bizenjo followed in his father’s footsteps.

Throughout his political career, he advocated for Baloch rights and categorically opposed armed resistance and militancy, advising peaceful solutions to conflict. He was also in favor of a quick repatriation of Afghan refugees, noting that the situation in Afghanistan had stabilized.

The National Party boycotted the 2008 general elections to protest the situation in Balochistan, but he was still elected a senator in 2009.

Bizenjo then became the party’s president in 2014 after securing victory in the 2013 general elections, with his party bagging 11 seats in the provincial assembly and one seat in the National Assembly. He took office as the federal minister for ports and shipping on May 20, 2016, with then-president Mamnoon Hussain administering the oath.

During caretaker prime minister Shahid Khaqan Abbasi’s tenure, he served as federal minister of Maritime Affairs. He did not contest the 2018 general elections.

In July 2019, after a no-confidence resolution was submitted against Senate Chairperson Sadiq Sanjrani, nine political parties of the Opposition-led Rahbar Committee picked Bizenjo as the joint candidate for the post. The opposition lost that attempt.

Bizenjo had long accused successive governments of failing in Balochistan by adopting hardline positions that provoked crises. He also advocated for the center to grant Balochistan a fair share from the province’s own resources.

Bizenjo’s death has resulted in an outpour of sorrow.

Balochistan National Party-Mengal President Sardar Akhtar Mengal shared his condolences in a tweet, while Leader of the Opposition in National Assembly and PMLN president Shahbaz Sharif said he was “shocked and saddened” by the news. “As a distinguished politician from Balochistan, he represented the voice of the people of his province and stood for progressive and rule-based politics,” he added.

PPP Chairperson Bilawal Bhutto-Zardari described the death as “a great loss to the country, its democratic forces and Balochistan.” In a statement, he said the deceased senator had always struggled for the supremacy of the Constitution and for speedy resolution to the injustices faced by the Baloch.

Army Chief Gen Qamar Javed Bajwa also expressed grief over Bizenjo’s demise and extended condolences to the senator’s family and friends, according to the ISPR.

Balochistan government spokesperson Liaquat Shahwani, on Twitter, referred to Bizenjo as a strong, progressive democrat. He said the deceased had been a kind leader with whom he had political association of two decades.