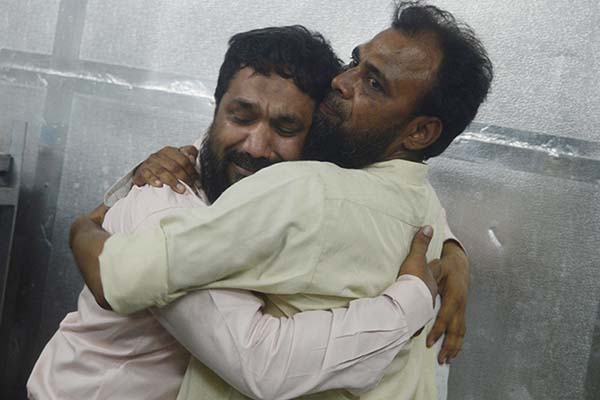 The attack happened as Maqbool Baqar, a senior judge at the Sindh High Court, drove past with his security detail on Burns Road.

“According to initial information, seven people have been killed,” Sindh information minister Sharjeel Memon told reporters. He said one officer from the Rangers paramilitary force was among the dead. Rangers and police made up Baqar’s security detail, the minister said. Memon asked reporters to “please pray” for the judge’s recovery.

Police said Baqar was rushed to hospital with critical injuries and that his driver was killed. “I can confirm that Justice Maqbool Baqar is critically injured,” said police official Salman Syed. Police also said that Baqar was the target. “Nine people are injured. The bomb was planted on a motorbike and it was detonated by remote control,” according to Syed.

Baqar has served as a judge in special antiterrorism courts set up in Pakistan to hand down quick judgments in terror cases.

The Tehreek-e-Taliban Pakistan claimed responsibility for the attack, claiming Baqar was acting in an “un-Islamic” manner. “The Sindh High Court judge was our target,” Taliban spokesman Ihsanullah Ihsan told Newsweek. “His decisions were anti-Shariah, and he was ruling against the mujahideen.”

Karachi, a city of 18 million people, contributes 42 percent of Pakistan’s GDP but is rife with murder and kidnappings and has been plagued for years by ethnic, sectarian, and political violence. Last year around 2,000 people were killed in violence linked to ethnic and political tensions, its deadliest toll in two decades.