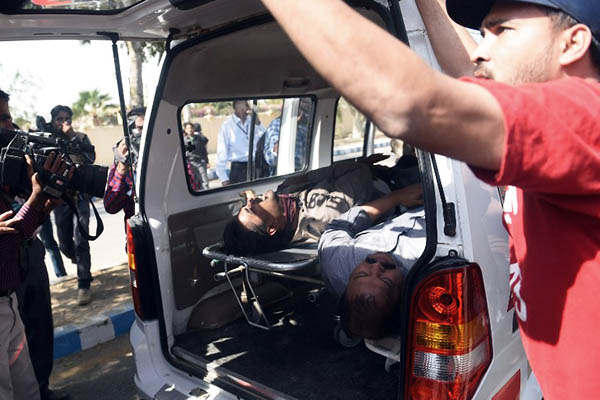 Police say case has been registered against senior officials for plotting to kill the protesters but not of opening fire themselves.

Police will investigate five officials, including a former adviser to Prime Minister Nawaz Sharif, for murder after two airline employees were shot dead during a protest against privatization.

The Pakistan International Airline (PIA) employees were killed and several more wounded at Karachi’s international airport on Tuesday when clashes broke out between security forces and staff, though authorities denied opening fire.

Police on Saturday registered a case against one federal cabinet minister, a senator, a former adviser to Sharif and two airline officials on the complaint of PIA employees’ Joint Action Committee, accusing them of murder and torture, senior police official Rao Anwar told AFP. “An investigation team is being constituted to take further action,” he added.

The five are accused of plotting to kill the protesters, although not of opening fire themselves. The authorities claim the victims were shot by gunmen in the crowd.

The strike continues despite Sharif’s warning the demonstration was illegal and those taking part could face up to a year in prison under a law that restricts union activity in state-administered sectors. All of PIA’s foreign and domestic flights remained grounded Saturday with thousands of passengers, including Pakistani domestic workers trying to fly to the Middle East, stranded at airports.

In December, Islamabad announced it would complete the partial sale of the carrier by July, following years of crushing losses and mismanagement that have battered the airline’s reputation. PIA suffers from frequent cancellations and delays and has been involved in numerous controversies over the years, including the jailing of a drunk pilot in Britain in 2013.