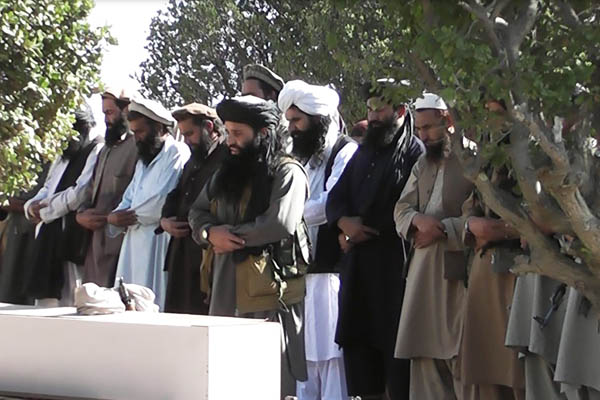 Militant group denies Malala Yousafzai’s attackers have been captured; claims it has shot down military aircraft.

The Pakistani Taliban announced on Saturday that a senior commander of the militant group had been killed during clashes with the Pakistan Army, a first for the group, which has maintained that the military has been exaggerating the success of Operation Zarb-e-Azb.

In a statement issued to the media, Tehreek-e-Taliban Pakistan spokesman Shahidullah Shahid said Afghan national Mohammad Hassan had “joined his friends” in the TTP after getting released from Afghanistan. According to the statement, the attack in the Boya region was a joint operation by the TTP, local Taliban, and Mehsud fighters that resulted in several Pakistan Army casualties. “Heavy loss of life and material was inflicted upon the Army,” said Shahid, adding that over 10 military checkposts had been destroyed.

Pakistan’s military launched Operation Zarb-e-Azb in North Waziristan on June 15 in a bid to rid the region of the Pakistani Taliban. It claims over 1,000 militants and 86 soldiers have been killed since the military operation started. The TTP statement claims otherwise.

“The military operation that the Pakistan Army and the government started on the behest of foreign elements has completely failed,” alleged Shahid. The spokesman denied that the command and control structure of the militant group had been destroyed, as claimed by military spokesman Maj. Gen. Asim Bajwa during a press briefing.

“Military jets have been targeting civilians, including women and children, during bombardment in North Waziristan,” claimed Shahid, adding, “We don’t forget the killing of innocent people and will retaliate at the proper time.”

The statement dismissed the Pakistan Army’s claims of capturing terrorists that attacked Malala Yousafzai in Swat on Oct. 12, 2012. “Those who have been arrested on the allegations that they attacked Malala, TTP doesn’t know any of them as their member,” it said. “All the leaders of Pakistani Taliban are safe and functional and are targeting important installations of Pakistan Army.” The Taliban statement also claimed that it had destroyed a jet aircraft using “anti-craft missiles” in Shawal.

Separately, a military statement claimed that three terrorists and one Army official died during a clash near the Boya region of North Waziristan.