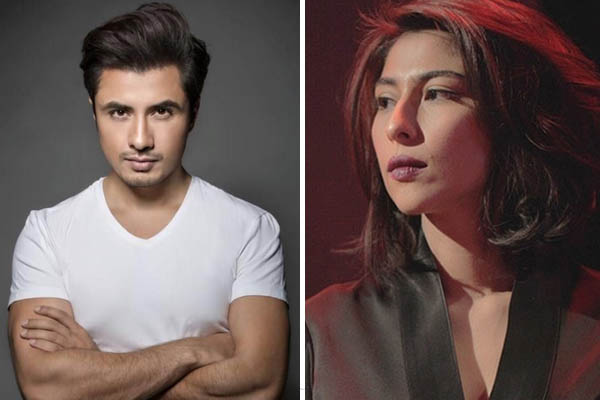 Actor-and-singer Meesha Shafi’s appeal against the dismissal of her sexual harassment case on technical/jurisdiction grounds has been pending before the Supreme Court of Pakistan for over a year. The case, seen as a test for Pakistan’s own MeToo movement, has important implications for victims of sexual harassment nationwide.

It is important, at this stage, to understand the chronology of the case. On April 30, 2018, Meesha Shafi filed a complaint under Section 8 of the Protection against Harassment of Women at the Workplace Act 2010 before the Punjab Ombudsperson against actor-singer Ali Zafar. The ombudsperson, on May 3, 2018, rejected the complaint on the grounds that Meesha was not an “employee” under the Act.

Meesha appealed the order before the Punjab governor, who unfortunately also accepted the faulty interpretation of the sexual harassment law. Meesha then filed a writ petition before the Lahore High Court, which upheld the order of the ombudsperson and the governor. The court declined to exercise jurisdiction in the case, saying protections under the law did not extend to Meesha; this is among the issues to be determined by the Supreme Court.

Initially scheduled for hearing on July 6, the case before the Supreme Court was delayed after first one, and then a second, of the honorable judges recused themselves. No proceedings have yet taken place. In her filing, Meesha has asked the top court to set aside the LHC’s Oct. 11, 2019 decision in which the court took a narrow view of the Protection against Sexual Harassment Law and held that since Meesha was not an “employee” under the law, she could not avail any remedy before the special forum of Ombudsperson created to hear allegations of sexual harassment. To clarify: these proceedings are not on the merits of the case—the question of jurisdiction must first be answered.

Meanwhile, Ali Zafar’s case of civil defamation against Meesha Shafi is proceeding swiftly even as she is under a gag order and her own civil defamation case against him remains stayed. This allows Zafar to claim innocence, level allegations against Meesha, and burst into crocodile tears on national television. Meesha cannot respond in her defense. That is what the justice system of this country has done to a victim who dared to come forward with an allegation of harassment against a powerful person.

There is a need to separate truth from fiction because the general perception appears to be that Ali Zafar is innocent; was falsely accused; and has been cleared of all charges. These perceptions are false and have been deliberately manufactured to ensure impunity for Zafar’s conduct.

To accurately determine Zafar’s innocence, it must first be determined if the alleged harassment actually occurred. In her statement before a civil court in the defamation case filed by Zafar, Meesha has identified three separate incidents of harassment, reflecting a pattern of behavior. This same pattern was confirmed by several women who came forward with their own experiences, before being silenced by Zafar’s filing of criminal defamation cases against them.

In her statement, Meesha alleges Zafar first sexually harassed her at a social gathering that took place at the home of his father-in-law; at a second gathering at Zafar’s own home, he grabbed her by the waist and pulled her close to him without consent; and, the basis of her complaint before the Ombudsperson, his alleged groping/insertion of fingers in her buttocks when she was at his home studio during a jamming session for an Islamabad concert for which the two were separately hired by an event organizer.

Throughout her statement, Meesha explains that she consistently tried to avoid contact and interactions with Zafar, but was compelled to meet him due to her contractual obligations. Any woman who reads the statement will be able to relate to Meesha’s experience, because this is something women in Pakistan experience as a matter of routine.

In Zafar’s cross-examination, many of his lies stand exposed. “I strongly believe that if a woman is sexually harassed and she feels strongly about it she should report the matter at appropriate forum which in my opinion is not social media,” he conveniently stated while filing criminal and civil defamation cases against the victim and her witnesses. Moreover, Meesha did approach three different forums for relief but has thus far been denied the same on technical/jurisdictional grounds.

Perhaps Zafar does not comprehend the gravity of harassment or what women feel like when we are touched without our consent. He once basically tweeted (and has since deleted) that when a woman says “no,” that just means the man must try harder. It may be surprising for him to learn that no really does mean no, and even more of a shock for him to understand how difficult it is for us to come forward with our experiences in a society that initially disbelieves victims, and then proceeds to discredit them.

Predators exploit this. They actively create situations where it would be easy to discredit their victims. And women who have experienced harassment or sexual assault will likely not come forward because of the context of the abuse. For example, if you are raped at a party, it is very unlikely you will come forward for fear of being questioned on whether you were drinking and what you were wearing. Similarly, if a colleague you work with assaults you, it is unlikely you will come forward for fear of losing your employment and source of income. If you are harassed in a college environment, you are unlikely to report it because young girls are more likely to be pulled out of educational institutions rather than any perpetrator being held accountable.

How else do predators exploit a faltering justice system? By filing defamation cases when no real damage has been incurred. In order to make even a prima facie case for defamation, you have to show some damages: in Zafar’s case, he has suffered no material damage. In fact, he is more popular than before the allegations of harassment were leveled and his career seems to have benefited.

Yet, despite Meesha being the one who has suffered through this ordeal while Zafar has prospered, her civil defamation case wasn’t deemed important enough to proceed in by the courts!

Some men seem very concerned about ‘false allegations’ of harassment. There likely are a few false allegations here and there, but the overall situation for women in this country is so horrific that they pale in comparison to the genuine allegations that are often met with silence, apathy or condemnation of the victim.

If Meesha made a mistake, it was to believe that Pakistan could offer her some semblance of justice when her colleague allegedly violated her right to bodily integrity. This is no country for women, as is evident from the state-endorsed accolades, awards and endorsements being given to Zafar. If we want women to approach the courts for sexual harassment and assault, we need to ensure the justice system is reformed.

For proper reform, a victim-centric approach is required at every level: investigation, prosecution and adjudication. Victims and survivors must be respected, and their experiences protected from ridicule in court proceedings.

In the entertainment industry, there are clear power dynamics in play and to pretend like they don’t exist is disingenuous. The legal system has reinforced these dynamics by giving Zafar platforms, while withdrawing them from Meesha. This is inequality—a violation of Constitutional safeguards on equal treatment of men and women before law, and equal protection of men and women under law.

Simply, human beings are not always aware of how certain words and actions impact others. So you can’t tell victims what they experienced; man or woman, everyone has their own boundaries.

Clearly, Meesha didn’t want Zafar to go to jail for this, which is why she pursued a civil remedy. All he had to do in this case was be a decent human being and apologize for his actions. Instead, he chose to claim the allegations were an attempt by Meesha to get asylum or to launch some conspiracy against him. A decent human being acknowledges how their behavior might have made someone uncomfortable—even if unintentionally—and understand the effect it might have had on that person.

Importance of the case

Zafar’s reaction to the entire incident indicates his guilt, rather than proving any innocence. In what can only be described as “overkill,” he has sought to intimidate, harass and silence the people he made uncomfortable. Him and his wife appeared on TV laughing about Meesha not holding a candle to the beautiful Bollywood actresses Ali is often surrounded with. Why, they wondered, would he prey on Meesha if he didn’t harass them? He and his family made every effort to humiliate and mock a victim. That is an indication of guilt, not innocence.

This case is especially important because it will determine how sexual harassment laws are interpreted in Pakistan. It exposes our society in so many ways that people might not even fully realize yet.

This case reveals just why so many women do not approach legal forums when their bodies are violated. That, on its own, calls for some serious introspection on both the state and societal levels. Parents must wonder what kind of society they are raising their children in; fathers must teach their sons consent; employers can take this opportunity to set out rules and procedures to make workplaces safe for the country’s female population. The state must, meanwhile, ask itself what reforms are required to ensure justice for women who come forward.

It would be an understatement to say that the response from within the entertainment industry has been largely cowardly. Inclusion on Lahore’s party circuit appears more important than something as basic as another person’s human dignity. The sad reality is that many of Meesha’s colleagues in the entertainment industry are aware of Zafar’s pattern of behavior, but no one dares to speak out. As Martin Luther King Jr. once said, “In the end, we will remember not the words of our enemies but the silence of our friends”; for Meesha and her family, one imagines this silence will always be haunting.

Mazari is a partner and head of the pro bono wing at Transact Advisory Services. This article has been adapted from a post originally published on the author’s personal website