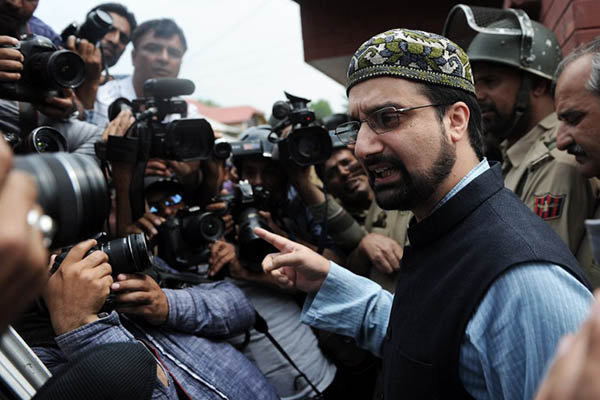 Police in India-administered Kashmir have arrested a top separatist leader, his aide said on Saturday, as the region’s chief minister met Prime Minister Narendra Modi and defended a 50-day lockdown on the region.

Mirwaiz Umar Farooq, chief cleric and head of All Parties Hurriyat Conference, a political coalition opposed to the Indian rule of Kashmir, was arrested near Srinagar on Friday, his aide Tariq Buch told AFP.

“He was first detained by police while trying to leave home to lead a peaceful demonstration. We came to know later he was taken away to Cheshma Shahi [a high security zone in Srinagar],” Buch said.

It came as the number of civilians killed since protests erupted in Kashmir last month after the shooting of a popular militant leader hit 68 on Saturday, while a police constable was also shot dead.

India-administered Kashmir Chief Minister Mehbooba Mufti justified the continuation of the sweeping curfew that has seen schools, shops and most banks shut, after meeting the prime minister in New Delhi on Saturday. “The basic purpose of the curfew was to save the lives of youngsters… If we don’t impose a curfew what do we do?” Mufti told reporters.

She also said the government was willing to hold talks with anyone who wanted a peaceful resolution to the Kashmir problem through dialogue, but pointed the finger at Pakistan. “I want to tell Pakistan, if it has any sympathy for Kashmiris, it shouldn’t provoke youngsters to attack police stations—and save youths from being killed,” Mufti said.

Police shot one protester dead on Friday, while the body of another was found in a river a day after police chased him during an anti-India demonstration.

A police constable was shot dead by unknown gunmen as he stepped out of his home in the southern area of Pulwama on Saturday, Police Superintendent Rayees Mohammad Bhat said. “We have reports that there were militants in the area,” Bhat said.

Kashmir has been divided between rivals India and Pakistan since their independence from British rule in 1947. Both claim the Himalayan territory in full. Wani’s Hizbul Mujahideen and several other rebel groups have fought for decades some 500,000 Indian troops deployed in the territory, demanding independence for the region or a merger of the territory with Pakistan.

Rights groups say 70,000 people, mostly civilians, have died in the fighting and thousands disappeared after they were taken away by security forces since 1989 when an armed rebellion against Indian rule began.