Seven Children Among 13 Killed in Landslide 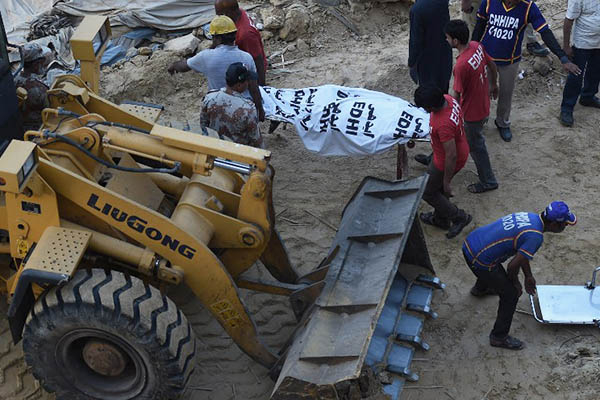 Members of three families crushed to death in Karachi.

Thirteen people including seven children were crushed to death in Karachi on Tuesday when a rare landslide struck their thatch huts as they slept, officials said.

The victims, who police said were from three families, were living on a plot of land carved out of a hill in the eastern neighborhood of Gulistan-e-Jauhar when the tragedy struck in the early hours.

Tearful relatives gathered at the scene, watching as the bodies were pulled from the rubble and wrapped in shrouds. One victim was a girl believed to be as young as six months, a rescue worker told AFP.

“After up to five hours of rescue work the 13 bodies of the victims were recovered from the heap of stones and dust,” said senior police officer Javed Jaskani.

Rescue workers initially dug through the rubble with shovels and hoes in the hunt for survivors before switching to mechanical tools. Jaskani said that a joint enquiry would be conducted by the police and the city administration to probe the cause of the tragedy, adding that no criminal elements were believed to be involved.