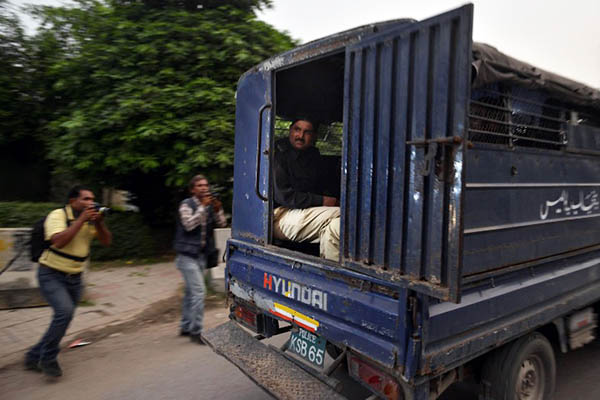 Police will be allowed to interrogate the suspects for up to 28 days.

A Pakistani anti-terrorism court Tuesday ordered that five men arrested over a major child sex abuse scandal remain in police custody for up to 28 days of interrogation.

The men were arrested on Monday in a case that has provoked expressions of outrage in local media, several of which have suggested a politically influenced cover up.

At least 280 children were filmed being sexually abused by a gang of 25 men who used the hundreds of videos they produced to blackmail the youngsters’ parents, according to a lawyer for the victims. The village at the heart of the scandal, Hussain Khanwala, lies in the Punjab stronghold of the ruling Pakistan Muslim League-N party.

“Police produced the five men in an anti-terrorism court where the judge remanded them into police custody for further interrogation for 28 days,” Lahore court prosecutor Sheikh Saeed told AFP. He said these five men would join seven others who are already in police custody following the scandal.

Shahbaz Sharif, the chief minister of Punjab where the abuse took place, has ordered an independent judicial inquiry and Prime Minister Nawaz Sharif has vowed stern action against those responsible.

An initial police probe, carried out last week at the behest of the provincial government, described the allegations as “baseless”—a conclusion immediately rejected by local media and rights activists. The head of Punjab’s Child Protection Bureau, Saba Sadiq, described the case as “the largest child abuse scandal in Pakistan’s history.”

The abusers allegedly tried to extort money from parents of victims, selling clips of the videos locally for Rs. 40 each if they did not pay up.