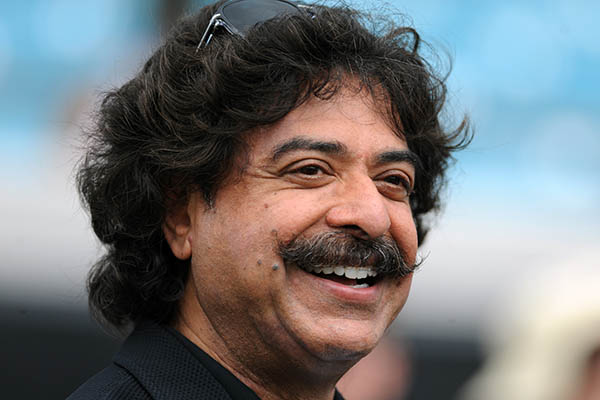 Khan, who already owns the NFL team Jacksonville Jaguars, has been in talks with Fulham owner Mohamed Al Fayed for several days and the pair have struck an agreement that will put the west London team under new ownership for the first time in 16 years.

The transaction, reported to have cost Khan around £150 million, has been approved by the Premier League and the tycoon assumes 100 percent ownership of the club, with a press conference scheduled for Saturday to officially introduce the new Cottagers supremo.

“Mr. Al Fayed is giving me the privilege and responsibility of serving as the next custodian of Fulham Football Club,” Khan told the club’s website. “I am extremely honored to accept and want to thank him, on behalf of everyone who loves Fulham, for 16 years of exceptional service to the club. He rescued the club in its hour of need and has led it to a sustained place within the Premier League.

“Fulham is the perfect club at the perfect time for me. I want to be clear, I do not view myself so much as the owner of Fulham, but a custodian of the club on behalf of its fans,” he said. “My priority is to ensure the club and Craven Cottage each have a viable and sustainable Premier League future that fans of present and future generations can be proud of.”

He added: “We will manage the club’s financial and operational affairs with prudence and care, with youth development and community programs as fundamentally important elements of Fulham’s future.”

Khan, who was born in Lahore but now has American citizenship, is ranked 179th in the Forbes 400 list of richest Americans with an estimated worth of $2.5 billion after making his fortune as a car parts manufacturer.

The 62-year-old, the first non-American to own a NFL franchise, already has ties to London, with the Jaguars scheduled to play one regular season game a season at Wembley for the next four years.

In 1967, at the age of 16, Khan left his native Pakistan for the United States and the opportunity to study engineering at the University of Illinois. Khan struck it rich when he purchased Flex-N-Gate, a car parts supplier, and built it into a global leader that now employs more than 16,000 people at 52 manufacturing and nine product development and engineering facilities throughout Canada, the United States, Mexico, Argentina, Brazil, and Spain.

Al Fayed, the 84-year-old former Harrods owner, had transformed Fulham from a third-tier outfit to an established Premier League side since taking over in 1997. Off the field, training facilities have improved markedly and Craven Cottage has been revamped, with planning permission in place to redevelop the Riverside Stand and increase the stadium’s capacity to 30,000. The club is also effectively debt-free after Al Fayed converted previous loans into equity earlier this year.

But the Egyptian was keen to step down and Khan has taken advantage of the chance to expand his sporting portfolio.

“My time of serving as the custodian of Fulham Football Club would one day come to an end, and I feel that time has now arrived,” Al Fayed said. “The time is right because I have found a very good man in Shahid Khan to accept the responsibility and privilege that I have enjoyed at Fulham since 1997. Fulham will be in very good hands with Shahid, whose success in business and passion for sport is very evident,” he said. “I ask everyone who loves Fulham and our Craven Cottage home to welcome Shahid as he begins his journey as the next guardian of Fulham Football Club.”