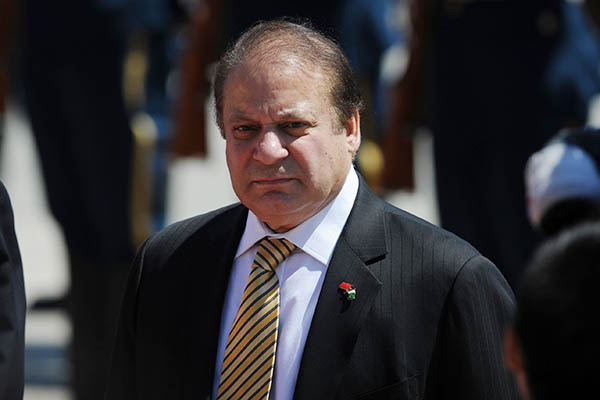 Prime Minister Nawaz Sharif has called for a “new beginning” in relations with India amid high tension over the disputed region of Kashmir, in comments published Tuesday.

Clashes in recent weeks across the heavily militarized Line of Control (LoC), which divides the Himalayan territory between India and Pakistan, have raised the temperature between the nuclear-armed neighbors.

Sharif said it was vital India and Pakistan became “good friends,” in remarks published Tuesday by the Associated Press of Pakistan (APP), the state news agency.

“Let us make a new beginning. Let us sit together to resolve all outstanding issues in a friendly manner and in a peaceful atmosphere,” he said. According to APP, these comments were made on Monday.

The prime minister’s statement also evoked the common history of the peoples of Pakistan and India. He said that prior to Partition in 1947, the people of what are now Pakistan and India used to live together. Now that 65 years of independence have passed, both countries need to improve their ties for betterment and prosperity, the statement added.

“We must become good friends,” he said. “Hold each other’s hands. We must sit together with open and clean hearts.”

Sharif also urged the people of India to recognize the affection Pakistan felt toward them. “We have a lot of love and affection for you and we must become good friends,” he added.

India’s army on Tuesday accused Pakistan of firing across the LoC late on Monday in the latest confrontation. Tensions have flared in the Kashmir valley since the killing last week of five Indian soldiers, which India blamed on the Pakistan Army. Pakistan accused India of killing a civilian during firing on Monday and summoned its envoy in Islamabad to register a protest.

The picturesque Himalayan territory is divided between India and Pakistan by the U.N.-monitored LoC, but both countries claim it in full.

Dear sir Hi Hope to be fine and doing well, And having a good life time .I am Niamatullah Meenapal Director of Afghanistan in the chairman for the southern west region youths.
Bout please I need your coordination and your help and I can Help you
please you want to help me