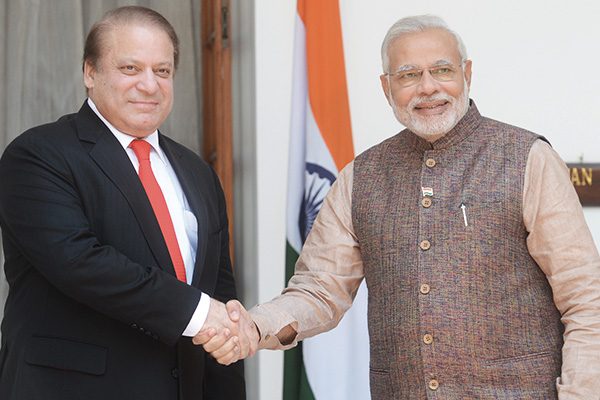 Given how much there is to settle, it’s no surprise that Prime Minister Nawaz Sharif’s meeting with India’s new leader, Prime Minister Narendra Modi, ran long. That Sharif made it to Modi’s inauguration is in itself remarkable, especially given the Bharatiya Janata Party leader’s election rhetoric against Pakistan and against Sharif. But Modi had sent emissaries to Islamabad during the campaign to state what Sharif already knew: in office, Modi would be different and practical. The day before their one-on-one, Sharif and Modi, both considered “business-friendly” leaders, warmed up. Sharif told him how he and his mother were touched by the TV images of Modi greeting his 90-year-old mother after securing his win. Modi tweeted about this happy exchange. The next day, as a sop to their respective constituencies, Modi urged Sharif to withdraw Pakistani hospitality from terrorists while Sharif cautioned Modi against hurling accusations. But, more importantly, both agreed to resume bilateral dialogue and to improve trade, which Sharif has been urging for several years now. In the two-steps-forward, one-step-back relationship between Islamabad and New Delhi, Sharif’s visit was at least three strides in the right direction.