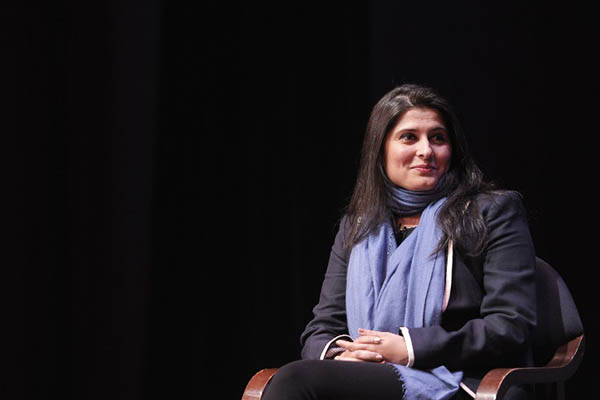 Pakistan’s first Oscar-winner, Sharmeen Obaid-Chinoy, has been tapped by Marvel Studios to join the directing team of upcoming Disney+ show Ms. Marvel, according to a report by The Hollywood Reporter.

“Adil El Arbi and Bilall Fallah, the duo behind this year’s Bad Boys for Life, have been tapped to work on episodes of the series. Sharmeen Obaid-Chinoy, a two-time Oscar winner in the documentary short category, has also joined the helming roster for the series, as has Meera Menon, whose credits include episodes of The Walking Dead, The Punisher, Titans, Dirty John, and Outlander,” it said, adding that the show was being developed by head writer Bisha K. Ali.

Obaid-Chinoy is Pakistan’s first Oscar-winner, taking home the statuette for 2015’s A Girl in the River: The Price of Forgiveness, as well as 2012’s Saving Face. The Pakistani-Canadian filmmaker also won Emmys for both projects and has six spanning her career, also winning in 2014 for Pakistan’s Taliban Generation and in 2010 for her work on PBS’ Frontline/World.

Ms. Marvel centers on Kamala Khan, a Pakistani-American teen who became Marvel’s first Muslim character to star in her own eponymous series. Earlier this year, Marvel Studios chief Kevin Feige said that while Khan would originate on TV, the character could also be included in future Marvel films. She is also the de facto lead of a new Avengers game.

According to The Hollywood Reporter, Marvel has yet to cast the actor who will portray Kamala Khan on screen.

It is unclear when Ms. Marvel will be broadcast on Disney+, as the show is likely to be delayed due to the ongoing COVID-19 pandemic. WandaVision, another Marvel Cinematic Universe show starring Elizabeth Olsen and Paul Bettany as Scarlet Witch and Vision, is set to be broadcast later this year, while Falcon and the Winter Soldier, originally set to bow this year, has been delayed till next year. Tom Hiddleston’s Loki was only partially completed before the coronavirus shut it down.