Shawal: End of a Ransom Market 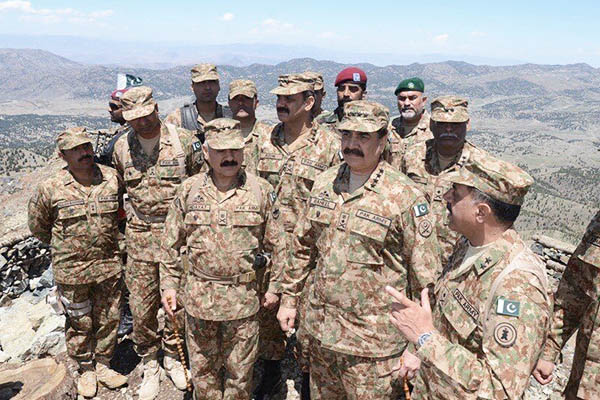 The Pakistan Army has scored a major victory in North Waziristan.

In February, Pakistan’s Army chief, Gen. Raheel Sharif, began pulling down a notorious den of terrorism, the Shawal Valley, and was there Monday announcing the “normalization” of an 86-square-mile area in the northernmost corner of Waziristan. This brings closure to the most dangerous no-go area of Pakistan often called “ransom market.”

Shawal Valley was left to its own devices by Pakistan as a policy; but this was where the big warlords and foreign terrorists had their hideouts. People kidnapped from down country were taken to North Waziristan and more often than not kept in the Valley because it was the safest no-go area. Warlord Gul Bahadur, who banned polio vaccinations as a part of his jihad doctrine, had the most powerful gang here, swearing neutrality to Islamabad and taking advantage of impunity thus obtained to give protection to Al Qaeda killers. Central Asian terror groups also sheltered here, especially after 2009 when the Pakistan Army attacked South Waziristan. That year, Taliban commander Hakimullah Mehsud also fled to Shawal to avoid being captured.

The Valley is known for another historic development. In 2011, Al Qaeda leader Abu Yahya al Libi got together with Sirajuddin Haqqani of the Haqqani network, to launch Shura-e-Murakaba, a kind of central committee with warlords Gul Bahadur, Mehsud and Mullah Nazir as members. The Shura agreed “to cease attacks against Pakistani security forces, refocus efforts against the U.S. and NATO in Afghanistan, and end kidnappings and other criminal activities in the tribal areas.” The current head of the Afghan Taliban, Mullah Mansoor, was also an auxiliary member of the Shura.

Pakistan and the United States disagreed over the exemption offered to the terrorists attacking inside Afghanistan while pretending to spare Pakistan. The Shura finally broke its bond when Mehsud and Al Qaeda were found attacking inside Pakistan. It is against this background that the Shawal Valley cleanup is seen to be strategically important. General Sharif has set on foot a program of rehabilitation of the people of the territories he has restored to the writ of the state. He has also strengthened the border checkposts to forestall the return of the warlords from Afghanistan. At an end-of-the-operation ceremony, General Sharif said: “Standing shoulder to shoulder with us, the entire nation highly values the sacrifices being rendered in this fight against terrorism.”