Sheeran’s ‘Shape of You’ Most Streamed Song Ever on Spotify 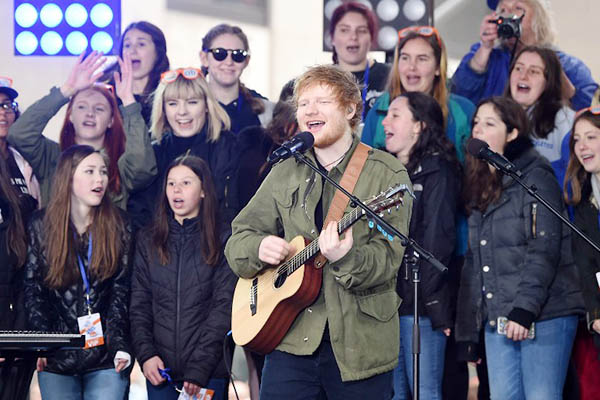 Pop track has been heard 1.318 billion times since January

Ed Sheeran’s dance pop track “Shape of You” has become the most played song ever on Spotify, ending the 11-month reign of Drake’s “One Dance.”

The English songwriter’s easygoing song about looking for love at a bar has been heard 1.318 billion times on the world’s most popular streaming service as of Friday, a notch above “One Dance.”

“Shape of You” came out in January as one of the first songs on Sheeran’s chart-topping album Divide. The album was the first by the ginger-haired guitarist since he was propelled to stardom by the ballad “Thinking Out Loud,” which remains Spotify’s sixth most streamed track ever.

“Shape of You” and “One Dance” share subtle similarities—both incorporate the rhythms of dancehall, the Jamaican club music of the 1970s that has seen a revival through pop producers. Sheeran brings in drum machine off-beats of dancehall underneath a minimalist, minor-key synthesized melody.

The dancehall influence is more obvious in “One Dance” as Drake, who came to prominence as a rapper, sings in a Jamaican patois and also incorporates Afrobeat, with an appearance by Nigerian pop singer WizKid.

“One Dance” rose to the top of Spotify’s all-time list in October 2016—despite Drake’s close association with rival streaming service Apple Music. Two months later, “One Dance” became the first song to hit one billion streams on Spotify, a feat since matched by three other tracks.