Shehzad Back in Pakistan Test Squad for Sri Lanka Tour 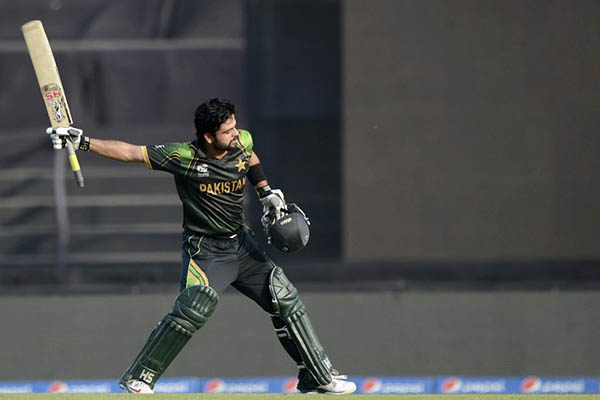 Shan Masood also recalled to the side, which will play seven matches in Sri Lanka later this month.

Opener Ahmed Shehzad on Wednesday earned a recall in Pakistan’s 15-man Test squad for the three-match Test series in Sri Lanka after being sidelined over disciplinary problems.

The talented 23-year-old was not selected for the two Test and three match one-day series in Bangladesh last month, only making the side for the one-off Twenty20 international. The action came after the team management complained of his lack of discipline and attitude in the 2015 World Cup in Australia and New Zealand, where Pakistan went out in the quarter final.

Shehzad was part of the one-day squad for the three-match series against Zimbabwe which finished earlier this week—Pakistan’s first international series for six years at home—but did not play a game.

Chief selector Haroon Rasheed said Shehzad should have learned from his time out of the side. “I hope Shehzad has learned from his mistakes,” said Rasheed. “You can’t keep him out for cricketing reasons and if he doesn’t follow discipline as per the team’s regime he will not keep his place.”

Misbah-ul-Haq will lead the team with one-day captain Azhar Ali as his deputy.

Pakistan open the series with the first Test in Galle which starts on June 17. The remaining two Tests will be in Colombo from June 25-29 and the third at Pallekele from July 3-7.

Pakistan and Sri Lanka will also play five one-dayers and two Twenty20 internationals, for which squads will be announced later. Also recalled to the side is opener Shan Masood, who scored a hundred on the Pakistan ‘A’ tour of Sri Lanka last month.

Rasheed said the squad is balanced. “While selecting the squad, the selection committee considered suitability to play in varied playing conditions, potential to perform at international level, current form and fitness,” he said.

Ace spinner Saeed Ajmal is again missing from the team after he was seen struggling with his re-modeled action on the tour of Bangladesh.

Ajmal will play county cricket in England to adjust with his action, deemed illegal in September last year and needed remodeling to get clearance.