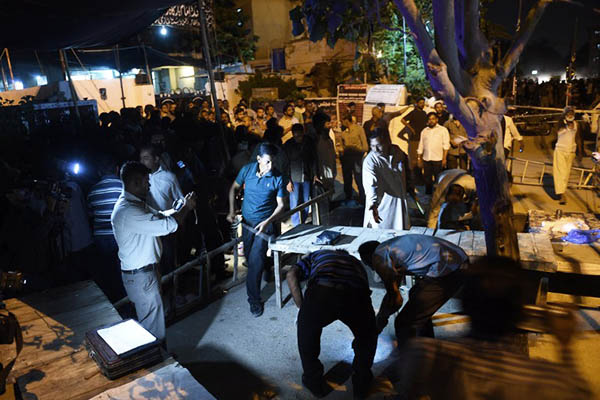 Teenager killed, nine others wounded in bombing at Imambargah.

A teenager was killed and nine other people were injured, some critically, in an attack on a Shia mosque in Karachi on Monday, officials said.

“Two men on a motorbike hurled an improvised explosive device at an Imambargah in Liaqat Abad neighborhood of Karachi and drove away,” said Mushtaq Mehar, Karachi police chief. A 13-year-old boy was killed and nine others, mostly women, were injured in the attack, he added.

Shia Muslims around the world mark the death of Imam Hussein—grandson of Islam’s Prophet—during the month of Muharram, which this year falls in October.

Many women were at the mosque to participate in ceremonies during the attack.

Sectarian violence—in particular by Sunni hardliners against Shias who make up roughly 20 percent of Pakistan’s 200 million people—has claimed thousands of lives in the country over the past decade.